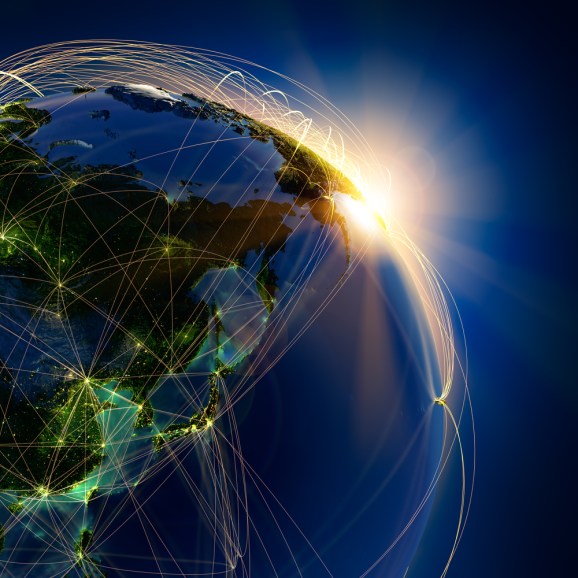 Air routes over the Pacific.

In the name of “individual rights and free expression,” WikiLeaks this week released the draft text of the Trans-Pacific Partnership (TPP) Agreement — an international trade agreement with the stated aim of liberalizing the economies of the Asia-Pacific region. Among other problems, this agreement may have an adverse impact on U.S. startups.

Negotiations over this trade agreement began in secret in December 2012 between Australia, Brunei, Chile, Canada, Malaysia, Mexico, New Zealand, Peru, Singapore, Japan, Vietnam, and the United States. Together, these nations are responsible for 40 percent of global production and one third of worldwide trade. Despite the secrecy, we know (from a previous leak) that discussions have covered intellectual property, competitive and State-owned enterprises, environmental policy, services and investment, and government procurement, among other issues.

Unlike under the Bush Administration, the current administration has conducted these trade negotiations behind closed doors, and though there have been some stakeholder meetings, the majority of interested parties have been forced to express their views without having seen the full text of the treaty. Access to this full draft, courtesy of WikiLeaks, could change everything.

Trade agreements are no longer simply about physical goods crossing borders, about how many automobiles should be traded with Korea. Since TPP invokes broad questions about what the Internet will be, broad public input, and oversight, is essential: It’s imperative that the individuals working on these agreements consider all possible effects in the context of our growing, global economy.

So far as we know, the negotiators have not considered the question of how this agreement could affect startups. Here are four ways TTP could have an unexpected impact:

There is little doubt that the proposals in this agreement have been designed to promote “economic and social development,” and “reduce impediments to trade and investment.” But protecting and enforcing new and existing intellectual property rights is only one side of the solution, and unsurprisingly, it’s the one favored by existing business models, not disruptive new startups.

When a process like TPP happens in secret and is governed solely by incumbents, the result is exactly what we see before us. TPP, in this form, will set our ability to innovate back and have the same “chilling effect” we spoke about so often during the SOPA debates. There is a serious argument to be made for the power of open exchanges of information, and we should get busy making it. Prepare to get involved.