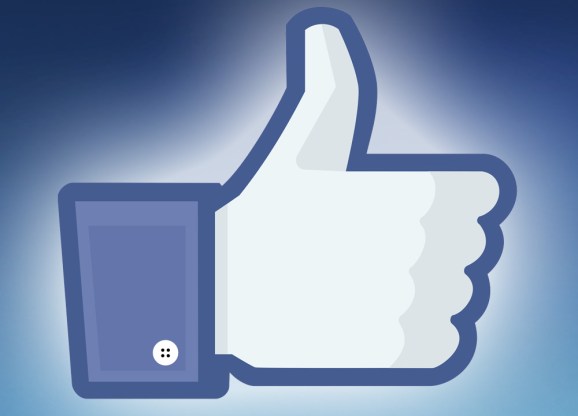 A couple of weeks ago, the social media giant quietly launched a community called the Facebook Feedback Panel. The invite-only panel of 10,000 users will be regularly surveyed in the next six months about everything from the social network’s advertising platform to general satisfaction with the network.

“We really want to understand, in-depth, how users feel about ads, so that as we grow our business, we maintain the right balance between our advertisers’ needs and the users’ experience,” explained Facebook’s Fidji Simo to The Huffington Post.

This new panel isn’t entirely a brain buster, but it’s interesting because Facebook has been criticized in the past for not listening to user feedback. Once a no-ad king, Facebook now tops the list of getting on consumers’ nerves. A recent report found that out of all social media users, people on Facebook are most irritated by its ads. Many complain that the ads are irrelevant and intrusive, prompting Facebook to promise to tweak its formula. While the world’s largest social network is known to make regular changes to its newsfeed without consulting users, a new change is on the horizon — and at least this time Facebook is looking to connect with the audience that matters most.

But is Facebook’s Feedback Panel really a way for the site to start engaging people and to appease its detractors, who now also include teens? Not necessarily, according to Vision Critical’s Ray Poynter.

“Facebook has used surveys and polls for many years, but what makes this different is that it’s a panel and they want people to commit themselves to the project for six months,” Poynter said. “Facebook has not made the panel open, which suggests that it’s for scientific research as opposed to engagement — a paradox that can confront many brands. Do I talk to everybody or do I create something that readily provides clear, informative advice?”

If Poynter is right, and the panel is primarily for scientific research and will not be used an open forum, then it begs an important question: Why does Facebook need more data?

Facebook has the technology in place to understand how people interact with its interface. The site can measure audience reach, engagement, retention, usage, and ad performance. It can track every user click, understanding which features are adopted and how quickly usage grows and fades. And, with its billions of members oversharing many aspects of their lives, data is something that the world’s biggest social network has no shortage of.

Editor’s note: Our upcoming DataBeat/Data Science Summit, Dec. 4-Dec. 5 in Redwood City, will focus on the most compelling opportunities and some of the remaining challenges for businesses in the area of big data analytics and data science. Register today!

With all the data available at its disposal, Facebook should be able to infer much of the information it needs about users. So why the need to ask the opinion of its users? It could be that this is just a case of “more is better.” Presumably, if Facebook has more information at its disposal, its management team can make better-informed decisions.

Not so fast though — there’s more to it. “The 10,000 people in Facebook’s first ‘feedback panel’ will be surveyed monthly…to see how their satisfaction with the site changes and why,” reported The Huffington’s Post’s Bianca Bosker. That “why” is something that even Facebook hasn’t been able to figure out without communicating with its users.

Indeed, Facebook’s move makes it obvious that the sheer volume of data that it possesses about its users (as of June 2013, Facebook has 1.15 billion monthly active users) still doesn’t tell Facebook very much about why we do the things we do. Facebook doesn’t know why we make the friends we make, why we post the pictures — embarrassing or benign — that we take, and why we go to the places we go. If Facebook doesn’t have enough data to answer the ‘why’, then who does?

By launching a panel where it can talk to members on a consistent basis, Facebook is waking up to something market researchers have known for decades. To get a complete picture of the consumer, brands need both attitudinal and opinion-based insights. Facebook’s big “aha!” is that even having access to one of the largest volume of socially-sourced content available on Earth doesn’t deliver the attitudinal information needed to truly understand your customers and the reason behind their actions.

[Editor’s note: See a related story from today — No, big data will not mirror the human brain — no matter how advanced our tech gets.]

In short, there is no shortcut to getting the “why”. Understanding “why” only comes from engaging customers — or in Facebook’s case, users — on a consistent basis. Social, transactional, behavioral, and attitudinal data separately cannot result in the same insight that comes from combining these four.

Facebook still has a long way to go in engaging its users. After all, it only now just launched its feedback community, and we’ve known Vision Critical clients who have had communities for well over half a decade now. After Facebook gets the “why”, it’ll have to close the feedback loop and actually show its members that their feedback is being put to good use. And from there, many of the other Facebook departments can do a better good job at integrating longitudinal data into their business processes. Overall, however, Facebook’s Feedback Panel is a good first step in reversing possibly damaging user fatigue.

Neil Parker is the vice president of product marketing at Vision Critical. He previously held roles at Glenayre, Infowave, Sierra Wireless, and most recently, Contigo Systems. Follow him on Twitter @neilparkeryvr.