Charles Bellfield, the former bulldog of a spokesman for Sega of America during the launch of the Dreamcast, has passed away. 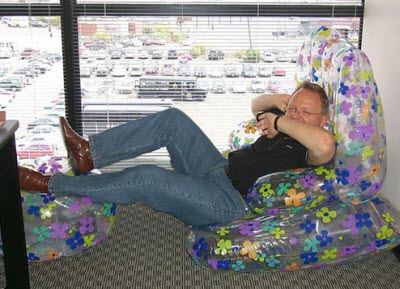 His brother Edward Bellfield announced Bellfield’s passing on his Facebook page, saying that Bellfield passed away in San Francisco on Friday night. Bellfield’s Facebook page was full of an outpouring of support and condolences. He was one of the larger than life characters of the video game business, known to me mostly as the witty spokesman for Sega of America from 1998 to 2003, where he served as vice president of strategic planning and corporate affairs.

Bellfield was a good choice to be spokesman for Sega, whose Dreamcast console sold more than 10 million units but was discontinued in 2001. Before the end, the Dreamcast appeared to be doomed in its fight with Sony’s PlayStation 2 and Nintendo’s Nintendo 64 and its GameCube. Sega also battled with EA in sports games. But you would never know that Sega was an underdog, given Bellfield’s enthusiasm.

He always got on the phone with reporters whenever it came time to say something feisty about the launch of the Sega Dreamcast console in North America or to counter the barbs of Nintendo and Sony. Bellfield loved to joust verbally with his competitors, and he always returned calls for comment when competitors said something nasty about Sega.

He also served in executive roles at Edelman, Capcom, Codemasters, 3DV Systems, EmotionPlay, and most recently with Imagination Technologies’ Pure North America division. The latter involved launching a series of consumer electronics devices in the U.S.

Peter Moore, a top executive at Electronic Arts and who was Bellfield’s boss at Sega during the Dreamcast days, expressed shock at Bellfield’s passing on Facebook and referred to him as “good time Charlie. The life of every party, a true bon vivant. The quintessential Englishman abroad.”

Moore added, “You’ve left us way too soon Charlie, but you’ve also left us with a hundred stories to tell and a thousand smiles on all of our faces. The room was a better, more fun-filled place when you were in it.”