Research in Motion (RIM) officially changed its corporate name to BlackBerry on January 30, 2013.

Having struggled for years, by August BlackBerry (BBRY) was limping along. The company announced that it had cut 100 jobs in Waterloo, Ontario. Spokesperson Rebecca Freiburger said it was “another step forward to scale our company correctly for new opportunities in mobile computing.”

It soon emerged that BlackBerry’s intent in stepping forward was to be sold or saved. Now there are reports that after a potential acquisition by its largest investor fell through, the company fired its CEO and has taken itself off the market.

In stepping forward, BlackBerry doesn’t actually have a leg to stand on. A critical part of BlackBerry’s decline is the fact that its core fans — enterprise types who adored their “Crackberrys” — have all bolted for smartphones.

Now let me turn to Burberry, another company recently in the news. At first, I could not help making the comparison, if just for the name alone. But there is a point.

Burberry, known for its classic trench raincoats, has been a stable company since its founder, Thomas Burberry, first invented the gabardine cloth that was weatherproof. Like a blue blazer, it became a basic in any man’s wardrobe. But, unlike a blue blazer, it was lined in with Burberry Classic Check plaid, first introduced in 1924. That simple yet memorable plaid was a launching pad of line extensions for an iconic fashion brand. 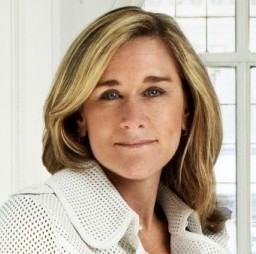 Angela Ahrendts, Burberry’s CEO since 2006, was the force behind the company’s recent drive to create fashion-forward line extensions — coats, suits, skirts, umbrellas, and more — all off one utilitarian core product, the trench raincoat. When she arrived, the brand was popular, but was being mostly worn by minor celebrities and football fans (known as the slang Chav in Britain). It had lost its luxury luster; Ahrendts brought it back.

In driving demand for Burberry, Ahrendts led a team and culture that was able to connect to consumers – in real time. (I suggest you look at this video.)

And, she connected with the financial markets. The stock price more than tripled in her tenure.

In October, Angela Arhendts announced she would be leaving the company — not for a competitor in the fashion industry, but for Apple. You see, the Apple doesn’t fall far from the Burberry.

Now, back to BlackBerry. While Arhendts had a core product (raincoats) with a hardcore loyal fan base to work with, Thorsten Heins (the now former CEO of BlackBerry) did not. All those young men in suits and ties who could not live without their BlackBerrys had given up on them.

In fact, BlackBerry’s handset sales peaked at more than 51 million units in 2011, and have been in free-fall ever since. Sales for this year are projected at just 23 million units. People have been dropping BlackBerrys like a hot potato in favor of iPhones and Androids.

Now here is the point of this comparison. I have always said that smart buyers typically buy an asset for future value. But most sellers have a hard time expressing to a potential buyer what their future value is.

Nothing I have ever written is more relevant to BlackBerry in the year 2013.

In terms of its future value, BlackBerry still has a network of users, although its market share is now minuscule compared to iOS and Android. Last month, the company let go of a seemingly exclusive advantage, its BBM messaging service. It was the admission by the company of a sad truth — BlackBerry does not have any consumer advantage in terms of apps or functionality.

However, BlackBerry has always been considered “more secure” than other operating systems — although that advantage may be fading, too.

So the reason BlackBerry is off the market is that no buyer exists that can leverage BlackBerry to a higher future value. (Of course, I am not counting the Chinese computer marker Lenovo, whose petition to acquire BlackBerry was rejected by the Canadian government for national security concerns over data privacy.)

And it all boils down to this: the BlackBerry brand is severely damaged — maybe beyond repair.

By the time RIM chose BlackBerry as a corporate name, the brand was already a balance sheet asset that had almost zero goodwill value. If not already dead, the brand is on life support.

Some companies do seem to rise from the ashes, but those that have usually have one or two very strong core assets. Perhaps BlackBerry will be one of them. Recent reports say the company could survive, not as a smartphone maker, but as an enterprise and mobile software provider. As was noted in BloombergBusinessWeek, “BlackBerry Enterprise Service 10 (BES 10)… continues to win new business even as the brand disintegrates before consumers.”

Take Apple, which was at a low point after Steve Jobs was fired in the 1990s. But the company had never lost the loyalty of a core group of its fanatical customers. Apple had always had cool looking products that were user-friendly compared to the competition. But they were not for the business world.

Then Apple created its “i” line of products. We know what they are: iPods, iPhones, iPads. Hardcore fans adored them. Many, many other consumers loved them, too. And when they started bringing iPhones and iPads to work, they pushed their IT departments to make sure their devices worked with corporate mail and more.

And then the company built Apple Stores with lines to get in the door. Some people come in just to hang out; they bring their children.

Apple transformed into more than a consumer tech company. It is a lifestyle company with products that are a badge of honor for its users. And it hijacked the business user in the process.

Today, a BlackBerry is still a great, utilitarian email machine supported by its software. It’s probably better at email than an iPhone. But people “wear” and personalize their iPhone, and it is much more than an email machine. It’s a communications and entertainment system, and a fashion statement.

Now Apple has Burberry’s Ahrendts to take its retail stores to the next level — where tech, cool, and fashion collide. She is an inspired choice. Who knows, we may all be wearing iCoats soon.

As for BlackBerry, as I noted, it’s no Burberry. And it’s no Apple either. 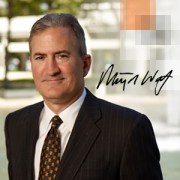 Martin Wolf, the founder and president of martinwolf M&A Advisors, has been involved in more than 115 IT M&A transactions during the last 15 years. In addition to his responsibilities as president of the firm, he actively manages transactions, and has been directly involved in the divestiture of six Fortune 500 divisions, and closed transactions in India, Canada, China, the U.K., South Africa, France, as well as the U.S. in the IT services, BPO, supply chain, and software segments. Wolf also acts as counselor and trusted advisor to CEOs of select IT firms. He has advised on take-private strategies, spin-outs, international buyer market mapping, platform and add on acquisitions, as well as defended firms in hostile tender offers.