It’s all too easy

In fact, most of the combat comes off as just too simple and easy. Playing with different weapon effects stretches the appeal to a certain extent, but even the most wild and crazy ways to kill zombies require the same inputs. The more strategically minded will be able to devise a few more complicated maneuvers, but there isn’t as much of an impulse to be inventive. It’s a short-term game of items, not tactics.

The overall easy difficulty curve is mitigated somewhat with the introduction of armored human enemies and more durable zombies, but progression through the main mission is never a concern. Nick’s effective dodge roll makes even fiddling about with a new weapon combination present little potential for death. Worse still, the ease is made tedious by enemies that take far too much damage, even with improved melee skills. There is the option of Nightmare Mode, recalling the first Dead Rising’s more difficult timed setting and restrictive save options, but between that and the standard option is a challenge wasteland. 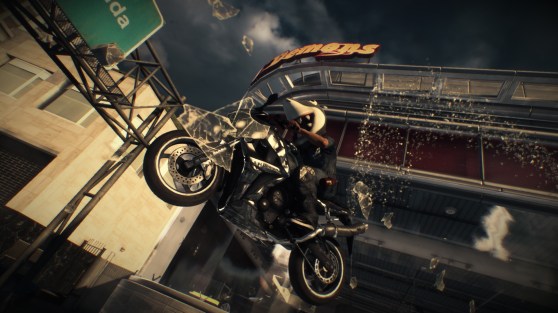 Above: There is a lot of forced traveling to be had across Los Perdidos.

Los Perdidos feels too big without a fast travel system

The city of Los Perdidos is impressively large and absolutely riddled with side objectives. Traversing the entirety of Los Perdidos’ four districts takes some considerable patience. It’s large enough to be a concern in the single player campaign, with many chapters in particular sending you to each extreme of the map to complete simple objectives, or outright telling you to explored the map for a few in-game hours before the story progresses. Side missions will distract most players, but even the most adventurous will notice the lack of a fast travel system. While the game itself may not have any load times, the wait to get into a game from the main menu or game over screen can be noticeable.

The timed side objectives make this worse. While not nearly as rapidly depleting as in earlier games, most of the fetch or combat quests will have progress meters slowly trickling away at the bottom left of the screen as you try to find a way to get back to that side of the map. Given how often you’ll be sent to the outer skirts of Los Perdidos in the campaign, the only way to really complete these side objectives is to devote a chunk of time in each chapter to slogging through each one. It’s a major shot against the game’s flow for completionists, and without any of the other timed elements making their way from previous games, it seems like arbitrary punishment.

The Kinect camera has uses across Dead Rising 3, from distracting groups of zombies with a called command to taunting boss characters or repelling grabbing zombies with a pushing motion. Voice commands are responsive enough in theory, but players will likely keep repeating them in succession because their effects are often too miniscule to notice. Certain boss characters are better targets for taunts than others, but they overcome the handicap so quickly that its effect is barely worthwhile. Surfing the menus with voice works reasonably well, but that’s a novelty when controller inputs are still an option.

Physical inputs were much less responsive, mimicking a shoving motion during grapples with the undead worked a little over half of the time. With the actual grapples lasting only a few scant seconds, players should never have to take their hands off the controller when a zombie gets hold of them.

For a majority of my attempts to run the companion SmartGlass application, on a Surface tablet provided by Capcom and Microsoft, lead to a frozen home screen. According to the developer and publisher, the system will be fully implemented by release, but I was unable to accurately determine whether these connectivity issues will continue after that.

The few times I got the SmartGlass to work, it quickly became a useful gadget to keep in our laps. I largely used the app as a secondary map screen. The capability to call down drone strikes and other massive area of effect weaponry was handy, but it came at further expense to the game’s already lenient difficulty. 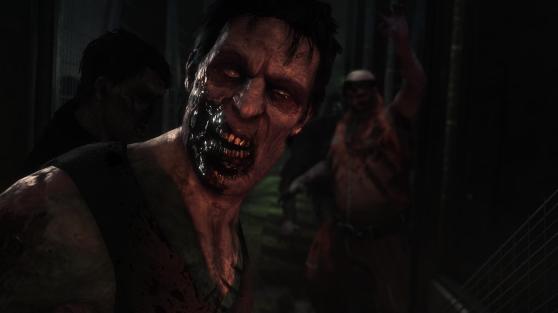 Above: While easy and travel-happy, Dead Rising 3 remains a solid adventure.

Dead Rising 3 proves to be one of the better launch games of this new hardware generation. The single-player is a bit too easy, and the map is far too large to lack a fast travel system. Capcom Vancouver’s decision to make the shiniest zombie cliché over truly innovating on this worn out pop-culture trope was also disappointing. Most players will spend the majority of their time cutting through zombie hordes with electrified sledgehammers, however, and the mechanics of the crafting system and combat are solid enough to settle into an engrossing routine of making something and then stabbing a zombie with it.

The city of Los Perdidos is a bit too massive for its own good, but there is plenty to do and kill within its limits. And with an impressive next-gen presentation and endearingly spastic boss encounters, Dead Rising 3 is an easy recommendation to any new Xbox One owner.

Dead Rising 3 is an Xbox One exclusive that comes out on Nov. 22. The publisher provided GamesBeat with a copy of the game for the purposes of this review

1 2 3 View All
GamesBeat Black Friday Gift Guide: Everything we recommend this holiday season