These past few years have ushered in a great era of fighting games. From Persona 4 Arena to Skullgirls to Marvel vs. Capcom 3, gaming’s seen a lot of fresh blood mixing in with the older franchises making a comeback.

But despite the nostalgia trip, one of the oldest names in the fighting game scene, Killer Instinct, has sat dormant for 17 years.

After all that time, it’s hard to imagine Rare’s one-time Street Fighter competitor could get back into fighting shape on a new console, but it’s surprisingly one of the best games in the Xbox One’s launch lineup.

In fact, Killer Instinct arguably picks up the slack this year as one of the most exciting fighting game revivals yet. Not only does it stick to its roots by going all-in on the ridiculous, testosterone-laden ultraviolence that it had in the ’90s, but it also improves on some its basic gameplay mechanics that just didn’t work back in the day.

Several PlayStation 4 and Xbox One launch titles haven’t really taken much advantage of either console’s improved hardware, but Killer Instinct looks outright incredible. From intricate character detailing to the splash from blocked fireballs, it’s clear that the developers pushed the graphics as far as they could go.

Although the stages aren’t teeming with complicated scenery, you’ll notice a lot of neat things if you look closely. Curiously, most of them have to do with particle effects.

For example, Chief Thunder’s stage breaks out with the occasional rainstorm, sending individual droplets of water bouncing off his frame. Glacius and his various ice attacks reflect everything in sight, making for a brilliant visual effect.

It’s especially refreshing given the steady speed of the gameplay, which has no hiccups, glitches, or errant animation spasms of any kind. Everything is just delightfully smooth, no matter how hectic the battles get.

Killer Instinct’s roster is pretty thin, but with the promise of new characters on the way, there’s really no point in buying each fighter piecemeal. Taking at least a $20 plunge on the “Combo Breaker Pack” is worth it due to the notable differences in each character’s combat style, and none of them appear to have an unfair advantage over another.

Most of the archetypes are pretty easy to guess. Jago is the well-rounded, Ryu-style “shoto-clone” guy (his moves and capabilities are similar to Street Fighter’s legendary fighter), Orchid’s specialty is confusing long-string combos, Thunder is a heavy grappler, and Saberwulf is a speedster.

Glacius has gotten one of the more noticeably flashy upgrades, with the bulk of his moves now dedicated to zoning and distance with long ice protrusions. Sadira, the new fighter in the roster, plays like a female Spider-Man, using her web-based powers to zip around the stage, reel foes in-close, and dish out sharp, quick attacks to pile on damage.

I found real quality in everyone’s moveset, and it almost makes up for the lack of depth. Still, twice as many fighters wouldn’t hurt. 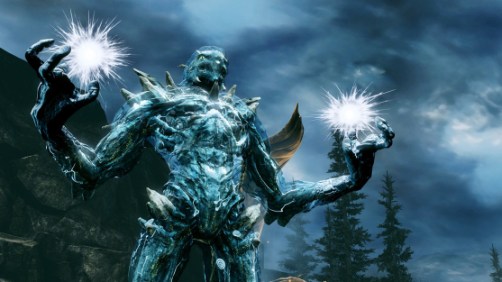 Pulling off Killer Instinct’s signature combo strings was never easy for me on the Super Nintendo or the Nintendo 64, but the setup here works really well for both controllers and fight sticks. Each character has the potential to string up as many as 50 hits (or more) in a single batch of attacks, but it’s easy enough to start building on 10-hit combos at the start.

Button input doesn’t need to be critically precise for the combo system to work, either, but it’ll only hold your hand so much. Without learning how to set up “linker” moves with “shadow” extenders and “ender” attacks, your damage is always going to be reduced, so you’re better off heading to the in-game dojo for practice.

At its core, it’s clear that Killer Instinct wants you to learn how to fight, and it always rewards you for doing the right thing. Whether that’s clean combos, special moves, or powering through the survival mode, you’ll have lots of ways to rack up credits to unlock extra content.

It’ll take you a long time to unpack all the audio files, concept art, character customization accessories, stages, and multiplayer profile content, so there’s good replay value there for completionists. At the very least, you’ll get your money’s worth out of the initially limited features. 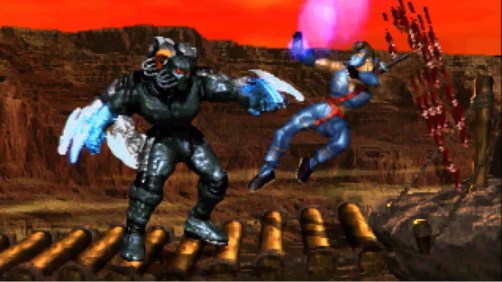 Above: Killer Instinct’s original arcade release comes with the Ultra and Ultimate Edition, which is a pretty enticing deal.

It doesn’t even have a story mode, and that’s a real shame considering how ridiculous the canon fiction’s been over various games and comic books.

Killer Instinct’s online offerings aren’t going to impress very many hardcore players, and there’s no telling if there’s any future expansion in the works. Only random matches and 1-on-1 fights are available, but you can at least search for ranked and unranked players.

It almost makes you wonder just how invested the developers are about building up the Killer Instinct community, and it’s not like the stripped-down free-to-play model can’t support the extra content. Most damning of all is the lack of a lobby system, which is going to be an utter outrage for tournament-level players who expect it. 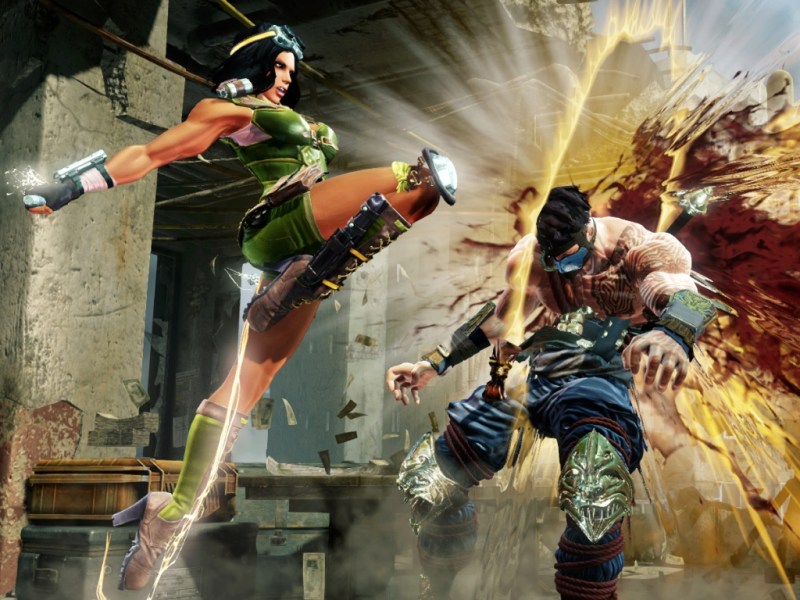 Above: Killer Instinct in action.

Killer Instinct is a budget-priced title that looks better than most next-generation projects we’ve seen so far. Once the rest of the add-ons are actually finished, this could even be one of the best titles in fighting games.

Unfortunately, the weird pricing structure and noticeable depth of features holds back the screaming, rage-filled “Powerthirst” of fighting games from really making a statement. It’s no Street Fighter competitor this time around, but it’s good enough to measure up against the rest.

Killer Instinct comes out for the Xbox One on Nov. 22. The publisher provided GamesBeat with a digital copy for the purpose of this review.