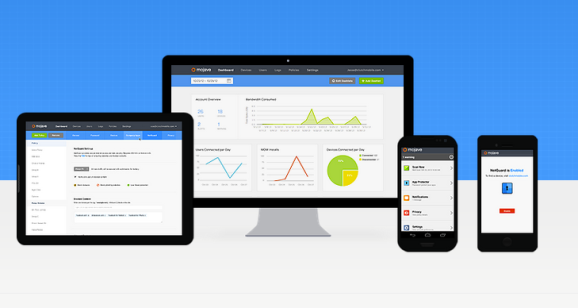 Mobile device management (MDM) is not equivalent to mobile security.

That’s the message we heard this morning during our discussion with Garrett Larsson, the cofounder and CEO of Mojave Networks (formerly Clutch Mobile), which just raised a $5 million funding round.

“MDM is often called mobile security, but at the end of the day, it’s really just configuration,” Larsson told VentureBeat. “There’s not really any security or analytics around it.”

What differentiates Mojave, he said, is its roots in the network level. Mojave’s cloud-based offering analyzes data from the device, apps, and networks to prevent malware or other threats. It also enables IT administrators to blacklist certain applications or even block sensitive data from leaving the enterprise — so employees can’t send social security numbers via email, for example. And there’s “a ton of analytics” and reporting tools that provide information on items like network traffic, phishing attempts, and data leakages. (For more insight into Mojave’s features, check out the video below.)

Larsson compared Mojave to Onavo, the Israeli startup Facebook snapped up last month for an estimated $150 to $200 million.

“They’re running something similar [at the network level] for consumers,” he said. “There’s not a lot of companies doing that.”

That’s because it’s easier to just put an app on the device, so you don’t have to worry about latency and network security. But “to do mobile security well, you have to start at the network,” said Larsson. “That’s our core thesis.”

Bessemer Venture Partners led the $5 million funding round with participation from existing investor Sequoia Capital, which previously backed Mojave with a seed round just north of $1 million. Mojave will use the funds to hire a bunch more developers, build out its data centers, and boost its sales and marketing efforts, which started about nine months ago.

With more folks who want (and expect) to bring their personal devices into the workplace, mobile security and device management is becoming an increasingly hot space. Last week, IBM bought Fiberlink to replace its poorly regarded MDM offering — which bodes well for agile new players like Mojave.

Mojave Networks is based in San Mateo, Calif. and currently employs 20 people. It was founded in early 2011.