Tiny Speck launched its wonderfully creative Glitch social online game in 2010, but it didn’t get enough users and shut down in 2012. Now the startup has decided to relinquish its ownership of the game assets and is releasing it into the public domain.

Anyone can use it for any purpose.

“This is probably the biggest release of art of this type into the public domain and we hope it will be a valuable resource for indie developers, students, artists and even commercial projects,” Stewart Butterfield, president of San Francisco-based Tiny Speck, said in an email. 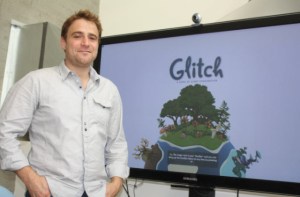 Glitch opened for testing in 2009 and was shut down in 2012. During that time, it was played by more than 150,000 people and was hailed for its creativity.

The archived assets include more than ten thousand items and millions of frames of animation. Butterfield said the release includes “the whole avatar system, the world’s flora (from bubble trees to egg plants) and fauna (from tree sloths to yogic delivery frogs), hundreds of unique characters (from the mythic Giants and the Rook to everyday vendors and street spirits), thousands of items (tools, resources, furniture), the complete housing and tower building systems, and many thousands of environmental art assets used to create a massive world with dozens of styles.”

Butterfield added, “The team at Tiny Speck put years of work into the art for Glitch: many thousands of hours by a hugely talented team spent on illustration, animation, character designs, effects, avatar systems and environmental. The game didn’t make it, but [we] couldn’t stand the thought of all of that creative work shuttered away forever. Making it freely available to all as a public good is a worthy legacy for the project. We hope it will be useful for other creative projects, from student and artistic work to unfettered commercial use.”

Under the license, Tiny Speck said scientists, educators, artists and other creators and owners of copyright can use the art work as they wish.

Tiny Speck announced its newest product, Slack, in August. It will launch Slack later this year.