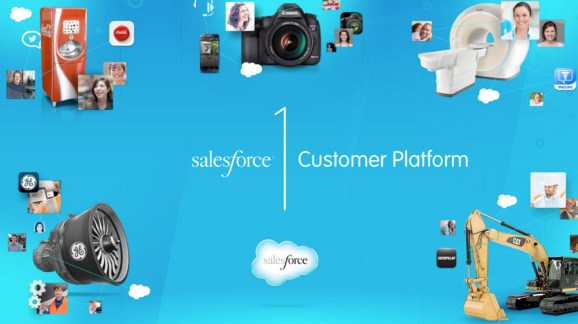 Salesforce1 is the best thing the company has ever built, Salesforce CEO Marc Benioff said during his Dreamforce conference keynote.

“I only use my mobile phone to run Salesforce,” said Benioff onstage at Dreamforce. “I don’t have to go anywhere else. … Honestly, it’s the best engineering we have ever done.”

Salesforce1 is a new home base for Salesforce mobile, providing access to core customer relationship management (CRM) features as well as custom and partner apps. It’s also a platform for developers, who have access to 10 times more Salesforce APIs than they did before. 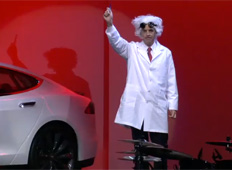 “These new APIs give you access to everything [on Salesforce],” said Parker Harris, the cofounder of Salesforce, after entering dressed as Emmet ‘Doc’ Brown from Back to the Future. (Apparently, the future is Salesforce1.)

The Salesforce1 app is now live on Apple’s App Store and Google Play. Salesforce also made a mobile app for administrators, called SalesforceA, which enables them to reset passwords, manage users, and more from their mobile devices.

Beginning in spring 2014, Salesforce will begin to offer custom branding for Salesforce1. Harris showed off a Tesla-branded version of the Salesforce1 app, featuring the company’s red and white colors.

But Salesforce is looking beyond smartphones, tablets, and laptops — it wants to be an integral part of the Internet of Things. 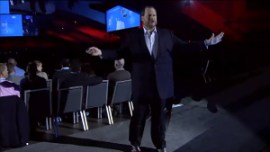 Benioff pointed to the new Philips toothbrush in his pocket — he takes it everywhere, he says — which is equipped with Wi-Fi and GPS for data collection, facilitated by the Salesforce1 development platform.

In Salesforce’s vision of the future, everything is connected — and everything is a marketing tool. But it remains to be seen if customers really want that. I know I don’t want an electric toothbrush that monitors my every move. Do you?