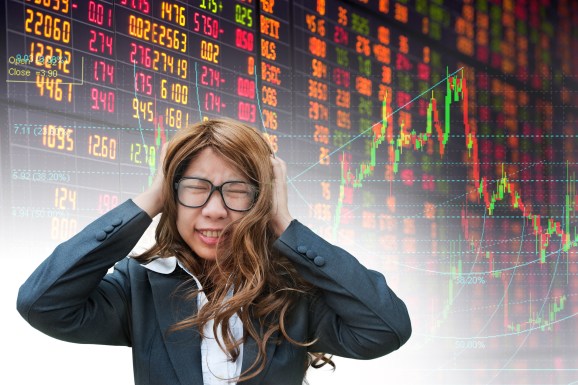 It isn't always the end user's fault if it takes months to get return on investment for data analytics software.

However, IBM executive Jeby Cherian today suggests that companies are getting a pretty good deal when they splurge for analytics tools, and are seeing returns within six months.

Cherian, in his post today on InformationWeek, points to a survey his company conducted with 900 executives in 70 countries earlier this year, which found that more than 40 percent of companies have posted a return on investment (ROI) for the money they spent on analytics tools within six months. On top of that, 25 percent have achieved ROI in six to 12 months.

Editor’s note: We’ll be diving deep on this, and many other data analytics and data science topics, at our upcoming DataBeat/Data Science Summit event on Dec. 4-Dec. 5 in Redwood City, Calif. Register today for a two day roadmap on how to approach data science to create real business value.

In his post, Cherian talks about the factors that help companies arrive at ROI that quickly. Among other things, he notes that more executives should get behind the idea of making decisions based on data instead of impulses. He also talks about the need for companies to increase trust among employees and the importance of having enough people who are able to work with data and devise ideas that could lead to “meaningful business actions.”

But the question IBMers and others should be asking is how companies can get even more from their analytics tools than they’re getting now, and faster.

For starters, it shouldn’t take months to get an analytics tool running. Because if it does, arriving at ROI simply takes longer. Some modern applications for data analytics, such as Zoomdata and DataRPM, let customers start asking questions within a matter of days.

Observing trends in data shouldn’t take a long time, either. Instead of waiting six months to perform cohort analysis — which can take a big group of end users — with a relational database system, a retailer with hundreds of millions of online customers was able to do the same job in minutes, said Russ Cosentino, Zoomdata’s vice president of sales and marketing. “Compared to six months, that’s a huge ROI for companies,” he said.

Once data is ready to be analyzed, it needs to be easy to consult. In other words, data scientists shouldn’t be the only ones who can work with the data. Cosentino claims to provide a service for “the 94 percent.” (Business intelligence professionals comprise the other 5 percent here, while data scientists represent the remaining 1 percent.)

Toward that end, Zoomdata presents to users mobile-friendly interfaces.

DataRPM, meanwhile, boasts of a Google-like natural-language search bar. Users can also request for data that’s been “indexed” in DataRPM to be calculated in various ways — directly from the search bar. And if users aren’t in the mood to type, they can speak into a microphone and view data visualizations in response.

The tool can get even more useful. Here’s a clue: Provide hints to users about what they might want to look at. That’s what DataRPM is working on over the next two quarters, said chief executive and cofounder Sundeep Sanghavi. That way, he said, users don’t have to wonder what they should be looking at.

It sounds like such capability could speed up the time it takes to make the same amount of money it cost to get the analytics tool installed.

But it’s not as if DataRPM has a lot of catching up to do in terms of making ROI happen faster, compared with its competitors. “We guarantee the ROI within the first 90 days of our solution being implemented, so we’re making a bold statement, we’re picking some fights, but that’s really where we’re standing out,” Sanghavi said.

Of course, across the board in the analytics market, companies could move to lower the cost of their products, just like public-cloud heavyweight Amazon Web Services. Amazon routinely lowers the cost of many types of its cloud-computing tools — including those for big data work — and presumably data analytics and big data vendors could do the same thing as they take on more and more customers.

Regardless of which parts of the equation you look at, the bigger point is it’s not just customers that can do more to improve ROI. Vendors can do more, too.