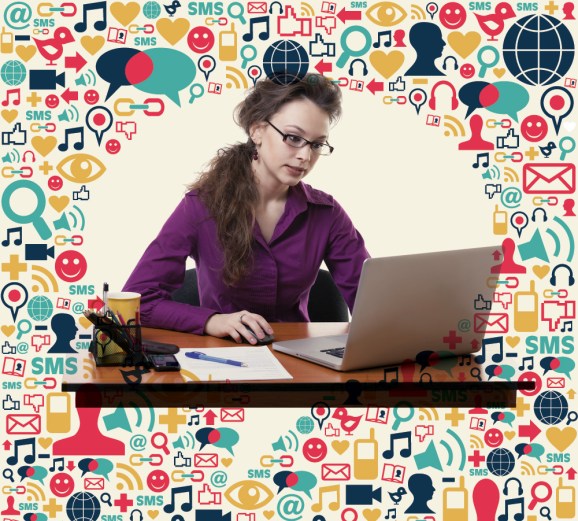 Shortly after Google+ launched as a nerdy dud of a social network, the company decided that instead of an out-and-out Facebook competitor, it would turn Google+ into the home base of your online identity.

In just two years, all Google-owned services have been linked to your Google+ identity, from YouTube and Gmail to Drive, Blogger, Google Play, and even web search. These accounts, more conjoined than ever before, are now able to programmatically create a fuller profile about you — what you read, what you watch, what you write, and what you click — all based on a single unified identity.

And if you use Google Hangouts, you’re also giving up information on private conversations, work meetings, team members, relationships, etc.

For Google and its advertisers (and the NSA), it’s a dream machine.

But for individuals and companies, it’s a bit of a conundrum at best.

For companies that run on Google Apps, including Drive, Search, and Gmail, these unified identities create a rather invasive view into everything an employee does, including personal email and search conducted from work devices.

Going beyond an individual view, Google+ also links together an enormous body of information about each company using Google Apps. While this company info might not be useful to Google itself, now-common knowledge would indicate that information can and will be used by the government at any time and for just about any reason.

According to our research, apps linked to Google+ are the most commonly required and recommended services employees use at work.

Here’s a snapshot of some of the data we’ve collected so far*:

*Editor’s note: All data is collected anonymously and is not tracked in any way that would identify individual users.

So, why should you be concerned?

One word: Spying. Ever since PRISM and Snowden, the paranoid people have basically been proven right. We’re living in a world of constant corporate and government surveillance.

For some, this doesn’t pose much of a problem — yet.

But eventually, if we don’t collectively voice our disapproval of the situation, things could go rapidly downhill. Democracy can only withstand so much surveillance.

We already know our data is being collected and inappropriately accessed and used. If surveillance goes unchecked, what are the next steps? Where does it end? And who oversees those decisions?

As one respondent* notes, “Because I work for a Chinese company based in China, I am worried about all of communication going in and out of China being monitored by all world governments’ security apparati.”

Another says he or she is “absolutely concerned [about online privacy and Google+ at work] and hunting for a way out!”

Aside from law enforcement and government spying, there’s the somewhat less upsetting issue of corporate tracking. Granted, corporate digital tracking of our every click is the primary means of surveillance for the government. But the corporations are also using this data to get us more and more addicted to social media and every other kind of website. (Note: I would imagine that VentureBeat probably employs some tactics to the same end — getting you to keep coming back and reading more.)

Not only are you being asked for more and more of your time online and more data shared; you’re also getting the business end of the most sophisticated marketing machine human minds can devise. What’s more dangerous: Taking your time or taking your money?

What are the alternatives?

Getting away from accounts and apps linked to Google+ seems like an impossibility for companies that use them (again, including VentureBeat). Setting up your own hosted email, finding alternatives for free (libre) self-hosted collaboration suites, and using privacy-respecting search engines seems like a lot of work.

However, for companies seeking respite from the ever-watchful eyes of Google and government, migrating away from Google a little bit at a time is the inevitable best option.

For individual employees, this can be achieved as a trickle-up scheme — just like the adoption of web-based work collaboration tools from newer startups such as Huddle or Box.

We’ll have more data from the survey — and more suggestions about how to incorporate better privacy practices at work — as the responses continue to roll in. You can add your voice from that link, or just fill out the form included below.