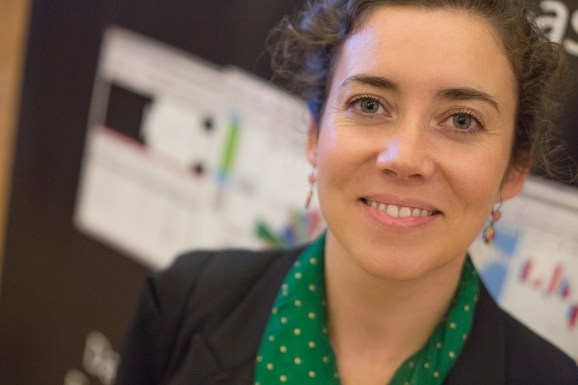 There’s a reason investors are backing next-generation business-analytics tools such as Birst and Platfora. They tend to be easier to install and use. And they might even cost less than comparable products from longstanding vendors.

More proof of this trend came today, with BIME Analytics announcing $4 million in new venture funding. Alven Capital, based in Paris, was the sole investor in the round.

BIME, which is based in Montpelier, France, started in 2009, after chief executive and cofounder Rachel Delacour was frustrated with the business-intelligence technologies she used every day for the work she did at retailing companies such as Carrefour. “It was so complicated,” she told VentureBeat in a phone interview.

She worked with Nicolas Raspal, who was in charge of business intelligence for a brand in the French luxury group LVMH, to “try to change the game in this analytics area,” she said. Cloud computing was gaining traction as an infrastructure to build on, judging by the success of Amazon Web Services, and Salesforce.com was popular as cloud software, so Raspal and Delacour figured it was a good idea to run this business intelligence service from the cloud.

Naysayers told them business intelligence was too complex to run in the cloud. But customer adoption suggests the naysayers were wrong. BIME’s website lists Cisco, Husqvarna, PriceWaterhouseCoopers, Sony, and Western Union as customers.

These days, data from many sources can easily be made available for analysis through application programming interfaces (APIs). As Delacour put it, “the cloud is becoming a data warehouse by itself.”

That doesn’t mean every company believes its actual data warehouse should reside in the cloud, though. Not yet, anyway. BIME acknowledges that offering connectors for on-premise databases so data can stay right where it is keeps IT administrators happy. The product also supports analysis of data sitting in a cloud, such as Amazon’s Redshift. And BIME “will reinforce what we can do in terms of the connectors” in the future, Delacour said.

Want proof that it makes sense to do business intelligence in the cloud? Legacy vendors such as IBM, SAP, and Oracle have brought business-intelligence software to the cloud. Such products present competition for BIME and other young players, although they can be hard to implement, Delacour said.

BIME lets users build a slew of data visualizations and dashboards with point-and-click simplicity. Dashboards come up in HTML5 on mobile devices and other screens, and for older browsers, the dashboards are displayed in Flash.

The product is “really coming from the user point of view,” Delacour said. So long as BIME keeps thinking about the needs of end users and helping them move forward, the company should be able to grow, too.