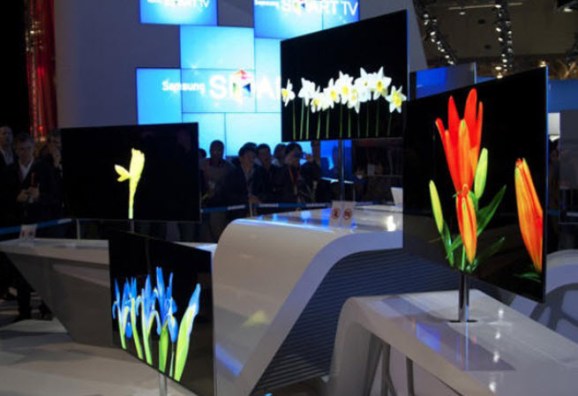 Your dusty old HP printer could be the key to unlocking the next generation of OLED displays.

Well, sort of. Manufacturing startup Kateeva says it’s figured out a way to print OLED displays on giant inkjet printers, which should make it easier for companies to make both flexible and large-size displays.

While OLED displays are more vibrant and efficient than LCDs, they’ve also proven really tough to create on a large scale. Current techniques, which involve a lot of wasted material and a high risk of defective displays, are part of the reason Samsung’s curved OLED TV costs over $8,000.

Kateeva’s method, in contrast, is basically inkjet printing in a slightly different form: Instead of placing ink on paper, the technique — dubbed YieldJet — places OLED pixels on glass or plastic using a movable platform and hundreds of nozzles. The company argues that the technique will both increase yield and lower prices — which is exactly what the technology needs right now.

While other companies — including printer maker Epson — have eyed inkjet printing for a while now, little of their research has resulted in anything tangible. This leaves a huge opportunity for Kateeva, which could grab a big chunk of a market that’s expected to hit sales of $44 billion by 2019, according to findings from DisplaySearch. That’s a lot of OLEDs.

To see how OLED displays are made today, take a look at this somewhat bizarre video from Samsung.