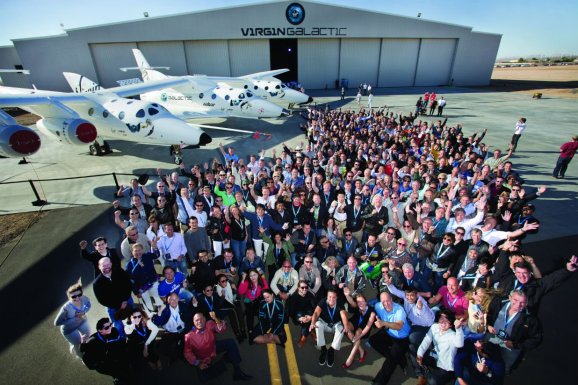 Did you think the Bitcoin story couldn’t get any crazier? Well now the digital currency can get you to space.

Billionaire Richard Branson announced this morning that his commercial space flight venture, Virgin Galactic, will now accept Bitcoins as payment. Don’t expect a discount, though. You’ll still need to shell out $250,000 worth of Bitcoins to book a ticket for one of Virgin’s sub-orbital flights.

Branson revealed that one (very smart) flight attendant from Hawaii has already booked her Virgin Galactic flight with Bitcoins.

The announcement comes after Bitcoin’s value has reached absurd heights over the past few weeks. A single Bitcoin has gone from being worth around $10 two years ago to around $760 at the time of this post. This week, Bitcoin prices briefly reached $900 before settling in under $800 steadily. A university based in Cyprus also announced that it will accept Bitcoins for tuition payments.

“The lack of transparency from Bitcoin’s founders has attracted some criticism, but its open source nature means anyone can audit the code,” Branson wrote in a blog post today. “It is a brilliantly conceived idea to allow users to power the peer-to-peer payment network themselves, providing control and freedom for consumers.”

Branson has already invested in Bitcoins, but as an investor in mobile payment firms like Square and Clinkle, he’s clearly thinking about the future of payments in general. “The days of carrying cash and coins could soon be over,” he wrote. “Sometime in the future, innovative payment models such as Square, Clinkle, and Bitcoin will become serious challengers to traditional banks, which will spur more competition and give customers even more options.”