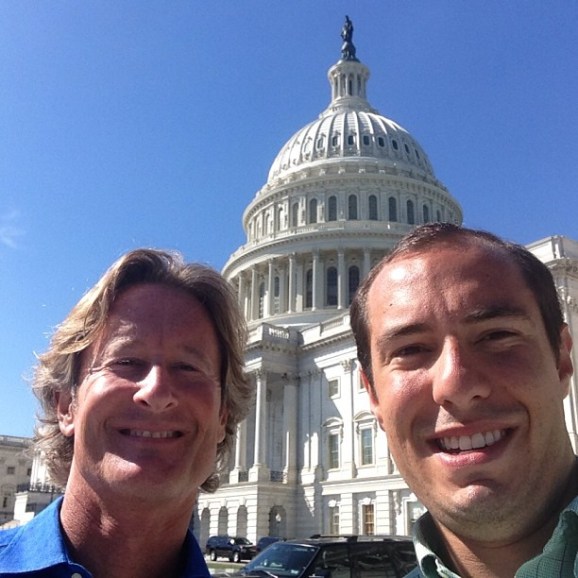 A patent troll has been slain, or at least its suit against FindTheBest has.

Judge Denise Cote ruled yesterday that Lumen View Technology’s suit against FindTheBest is invalid. She also invalidated the patent used to bring the suit, representing a big win for FindTheBest, startups, and those pushing for patent reform.

“Nothing in the ‘073 patent evinces an inventive idea beyond the idea of the patent holder to be the first to patent the computerization of a fundamental process that has occurred all through human history,” Judge Cote said in her ruling.

FindTheBest said that this decision is rare in such an early phase of the trial.

“We realize that this type of ruling is virtually unheard of, so we see this is a massive victory, but it can’t stop here,” FindTheBest CEO Kevin O’Connor told VentureBeat. “The U.S.Patent and Trademark Office (USPTO) should see this as a clear sign that the patent system is broken and needs to be reevaluated.”

FindTheBest offers data-driven comparisons across hundreds of topics, products, and device categories. (Disclosure: VentureBeat has a business relationship with FindTheBest, which provides the content for our product comparison pages.)

Plaintiffs Eileen Shapiro and Steven Mintz, acting under Lumen View Technology LLC, sued FindTheBest in May 2013 for infringing on patent no. 8,069,073 — “system and method for facilitating bilateral and multilateral decision-making.”

The patent filing describes the patent as follows:

Techniques for facilitating evaluation, in connection with the procurement or delivery of products or services, in a context of at least one of (i) a financial transaction and (ii) operation of an enterprise, are disclosed. The techniques involve retrieving party and counterparty preference data from digital storage media; performing multilateral analyses of the combined preference data by computing a closeness-of-fit value; and delivering a list matching the at least one party and the at least one counterparty using the computed closeness-of-fit values.

O’Connor and director of operations Danny Seigle said that FindTheBest doesn’t even violate this patent because its engine only takes one set of preferences into account.

“This patent is for the process by which two parties’ sets of preferences are matched together using an algorithm,” Seigle said. “This could be anything, from a dating site to an applicant-to-employer recruiting system. It is a pretty fruitless patent, but you are basically guilty until proven innocent and have to defend yourself. It is legalized extortion.”

Patents are, in theory, meant to protect people from having their ideas and/or work wrongfully used. To get a patent, in theory, the requirements include “novelty” and “non-obviousness.”

Alas, this is not the reality.

There are some pretty ridiculous patents are out there, such as those for human genes, online press releases, and hyperlinking. What this does is open the door for “patent assertion entities” (PAEs), more commonly referred to as patent trolls.

O’Connor described PAEs as the “parasites of the tech industry.” They are non-practicing entities that buy up patents and use them to sue legitimate businesses for infringement.

The patents are generally vague and the suits are frivolous. But since lawsuits are extremely expensive and time-consuming, most startups choose to settle out of court rather than expend valuable resources on litigation.

“Outright trolling is a big threat and a terrible problem — they are basically collecting fees for everyone who is trying to do legitimate business, like a wolf at the edge of a fox hole,” said Gil Silberman, an attorney and managing partner with Equity LLP. “It’s the cost of doing business, but almost no startup company, even a well-financed one, has enough money to fight a patent lawsuit all the way to the end, whether or not it is going to be victorious.”

The Georgetown Law Journal said that in an estimated 90 percent of cases, the defendants settle before going to trial. However, software-patent holders win just 13 percent of their court cases, meaning if you go to trial, the odds are good.

O’Connor has a pretty sizable nest egg from the sale of his previous company, which Google acquired for $3.1 billion in 2007. Rather than using FindTheBest money, he pledged $1 million of his own fortune to stand up against Lumen View in court and headed to Capital Hill to push for reform with influential lawmakers.

The fight got nasty.

O’Connor called Shapiro to get more information and mentioned the world “patent troll” in a voicemail. She accused him of committing a hate crime, and FindTheBest received a demand letter from Lumen View that threatened to raise the settlement demand. The letter also said that all “electronically stored information” on FindTheBest’s systems would be subject to disclosure.

O’Connor fought back by slapping Lumen View with a civil RICO suit. RICO — the Racketeering Influenced and Corrupt Organizations Act — was first developed to fight the mafia.

Then in October Lumen View requested a gag order from the court to keep FindTheBest quiet. The gag order was overturned.

Now at the end of this sordid saga, FindTheBest has emerged as the victor.

‘There is no inventive idea here’

Judge Cote ruled the patent invalid due to preemption, meaning that one organization can’t have the rights to the abstract idea of using a computer to facilitate matchmaking.

“Permitting Lumen View this level of preemption would be out of step with the balance the patent system has struck between promoting innovation and allowing the widespread use of new and productive inventions and discoveries,” she wrote.

She also wrote that the patent lacked meaningful limitations and genuine human contribution to the subject matter.

“There is no inventive idea here,” the ruling said. “Having two or more parties input preference data is not inventive. Matchmakers have been doing this for millennia. Nor is an unspecified closeness of fit process an inventive idea. It is merely a mathematical manifestation of the underlying process behind matchmaking: determining good matches.”

Judge Cote’s ruling isn’t the only sign that the tide is turning.

The Innovation Act — dubbed “the best patent troll-killing bill yet” by the Electronic Frontier Foundation — passed through the House Judiciary Committee on Wednesday with a series of measures that take a big step towards neutralizing patent trolls.

The bill has wide bipartisan support, and though a powerful tech lobby managed to axe a key provision regarding the “Covered Business Method” (CBM) program, it seems we are slowly but surely making progress in the fight against patent trolls.

Certainly this fight is about justice, but it is also about innovation. Crippling the patent trolls isn’t enough. We also have to look at the software patent system itself and consider whether it actually protects entrepreneurs and ideas.