Question: Some say work-life balance matters less now that we just accept that we have one big life. But what do you do to manage people who have families or need to work flexibly? Do you not like to see people at their desks at 10 at night?

Above: Supercell tracks its users on a big display

Paananen: We absolutely don’t like to see people at their desks that late. If you come here at 5:30 p.m., you’ll see that the office is pretty much empty. I’m not kidding. We’re extremely flexible when it comes to hours. Again, we trust our people. We don’t tell them how much to work. We don’t track their hours. We don’t track them at all. We just trust them.

The games industry has been guilty of burning out people. It’s almost the norm, that you have these crunch periods. Some teams can crunch for an entire year. First of all, it’s fundamentally the wrong thing to do. It ruins people’s lives. But I also don’t think it makes any sense from a business perspective. Who can be productive working 18-hour days for a year? You won’t be productive and creative. It just doesn’t make sense for the company. We believe in working normal work days. But when we come to work, we work really hard and very passionately.

If you want to make the best games in the world, it does require extra effort and extra hours too. But you compensate for that. You take time off. We try to be sensible about that. If you burn out all your people in three years, you won’t be able to make history. As I say, it takes decades to do that.

Question: Do you share some things in common with GungHo?

Paananen: The biggest thing we share is how we think about games overall. Those guys are running the most profitable game on the planet in Puzzle & Dragons. And yet you hardly hear them talk about monetization at all. They think that games should be about fun, and if you make fun games, you’ll figure out how to monetize them as well. That’s a big part of their philosophy. They respect the creative people, as far as I can tell.

In my opinion, they’re some of the best guys in the industry. It’s funny. We don’t even share the same language with most of them, but whenever we go out with those guys, we have loads of fun. There are some really surprising similarities between Finnish and Japanese culture that turn up. We take our shoes off when we go into somebody’s home. [Laughs] Both peoples seem to know how to have a good party. It goes to all sorts of things.

I just have a massive amount of respect for those guys. That’s why we’re so happy that they decided to partner with us. It meant a lot to us. Even if it’s only 20 percent, in terms of absolute sums it’s a significant amount of money that they put in.

Question: Do you think that Nokia’s demise was inevitable? Was that just a cyclical thing, or do you think it made some missteps?

Paananen: Well, I’m not a Nokia analyst or anything, but clearly there were some missteps. Saying anything else would be lying. Of course they missed a few really important trends. These guys really came on and killed them. So yeah, I think clearly there were missteps. But that’s part of the business life. This will sound funny, but eventually I think it will be—Especially with the latest deal with Microsoft, I think it’s going to be a very good fulfillment. As I said, it forces this country to reinvent itself. We can close that book, I hope, and start to work on some new stuff.

Question: The model that you talk about comes from your experiences in gaming, but do you think that this is something companies should be applying more widely to other industries?

Paananen: Maybe, but I don’t know, because I don’t have any experience with anything other than games. It’s dangerous to give advice, especially if you’ve been successful. [Laughs] It’s funny how success changes the way people look at you. I was talking about these same things at GDC two years ago. There were maybe 30 people listening to that talk, and I knew maybe 25 of them by name. [Laughter] Nobody was really interested. Yet it’s still the same story and the same culture and the same values. The only difference is that now we’re successful and before we weren’t.

I truly believe that this is the thing that’s made us a success, but that doesn’t mean that we could make somebody else a success. Everybody needs to figure out what’s the best model for their business. But as a general rule of thumb, this type of model gives a lot more ownership to the people who do real work. That must be beneficial in general. 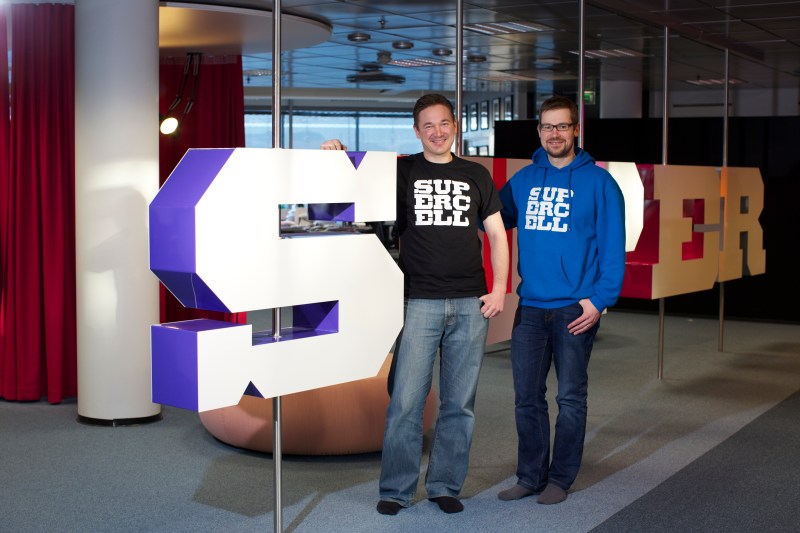 Above: Supercell pulled in nearly $1 billion in 2013 -- and that came from just two games.