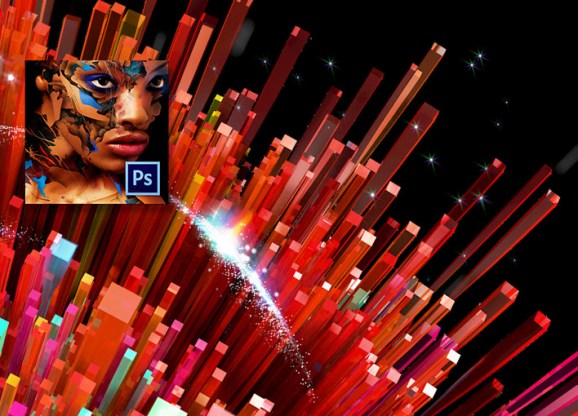 Will Price is CEO of SaaS ad platform company Flite

It would be difficult to miss the skyward drift of storage and software over the last few years. “The cloud” is where you store your music and other files, and back up your computer.

But a wide range of web-based applications — from Salesforce to Google Docs — are taking advantage of widespread broadband and increasingly cheaper storage to put desktop clients on notice. Users like the flexibility of accessing their apps and data anywhere, and collaborating without having to send file versions back and forth.

Not every class of software has kept pace.

Creative tools have traditionally been laggards, only offering desktop client solutions while word processors, spreadsheets, marketing automation, and more have made successful leaps to the browser. But that’s changing. The likes of Aviary (with 50 million active users, and the official picture editor for Flickr), Pixlr (acquired by Autodesk in 2011) and Picnik (acquired by Google and integrated into Google+) have paved inroads into the amateur photo editing space, opening up the way for professional design and prototyping toolsets like Flite Design Studio, Flinto and Macaw.

The consumer photo editing products make sense. Consumers looking to fix white balance issues or remove red eye aren’t interested in spending hundreds of dollars for full-featured professional photo software, and if the end product will be shared digitally—via email, or shared on Facebook or Twitter—using an app that’s on the phone or in the browser makes the path to sharing that much shorter.

But for professional design tools, the reasons are even more compelling:

An important component to this move has been a standardization of the technology behind web-based multimedia under HTML5. Flash is notorious not only for the frequent software updates needed to avoid crashes, but also for not playing nice with iOS, leaving out a significant segment of the burgeoning mobile market. Its incompatibility with half of the rapidly-growing global market of phones and tablets signals its death knell.

In fact, we’re well past an inflection point.

HTML5 is supported in far more browsers in use today than Flash is. Netflix is switching from Silverlight, Microsoft’s Flash analogue, to HTML5, and YouTube and Vimeo also enable HTML5 players (the default on the former). Consumers will begin to lapse with their Flash updates since most of the media they want to consume won’t need it, and Flash content will simply not render. Developing interactive content in Flash is a dying proposition in an HTML5-ascendant world.

HTML5’s growing support across the full range of modern devices dovetails nicely with the meteoric rise of mobile as consumers’ primary screen. Time’s Mobility Poll last year found that half of Americans sleep next to their phone, and 29% say their phone is the first thing they touch in the morning, and the last thing they touch at night.

But what’s also interesting to note is that PCs and televisions haven’t been done away with. They are simply screens that consumers access in addition to their mobile devices, often at the same time. Consumers hop from device to device as their contexts change; they might use their tablet at home, their phone while on the move, and their PC at the office.

Reducing the complexity of multi-screen media is the move to responsive design and streamlined creative development workflows. Responsive design imagines a single creative that can display well within an almost infinite number of dimensional permutations, by expanding and contracting given size constraints. And even when that’s not possible, creative platforms are increasingly moving to HTML5-based creative development platforms that permit the creation of a range of creatives through an identical process, leveraging the reuse of visual assets, functionality and action sequencing.

Although all of this is abundantly clear to those of us in the digital advertising space, the multi-screen revolution, powered by HTML5, is a boon to app developers, web content creators and publishers, as well. Anyone with a stake in delivering experiences to users instead of the devices they use will march forward, and upward into the cloud.

Will Price is CEO of SaaS ad platform company Flite. Prior to joining Flite, he was managing director at Hummer Winblad Venture Partners.