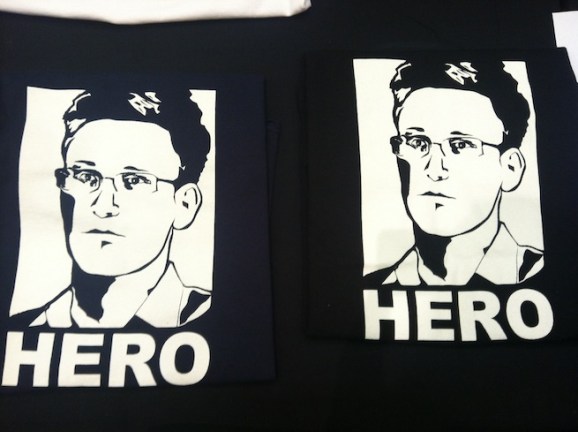 Some feel Snowden is a hero, others a traitor

As the U.S. turns its attention toward quiet gratitude, we want to recognize five movements in the tech industry that make us proud and thankful.

Time after time, these individuals and organizations remind us what’s important and what technology is really all about: Improving the quality of life of people around the world and making information freely accessible to everyone.

Call them traitors, call them cowards — you wouldn’t be the first. But the people who have been willing to blow the whistle on the U.S. government has done the country a huge service by exposing what was once suspected but hidden.

To Chelsea Manning, Edward Snowden, and all the freedom fighters and whistleblowers, we give thanks.

For all the Snapchats and Ubers and Tinders out there, we can also find a lot of startups who are having an impact on the world — not just the First World. At events like the Tech Awards, we celebrate and honor those who’ve devoted months, years, or even their whole lives to bringing technological advances to those who need them most: the poor, the disenfranchised, the oppressed.

To the activists, the humanitarians, and the big-picture thinkers, we give thanks.

Smartphones are something we take for granted. But even the most basic models can be life-changing for people living in remote areas. Until recently, there’s been a prohibitive cost hurdle for families and individuals who want and need this kind of technology. However, partnerships between Mozilla and carriers around the world have led to a new breed of smartphone that democratizes the Information Age.

To those who believe in the power of the web to change lives around the world, we give thanks.

For years, we’ve been told that technology can’t help the homeless. But innovation has proven stronger than doubt, and idealists have been creating new ways to help alleviate one of the worst conditions of human existence. From smartphone apps to education programs, technologists are starting to find ways to make a dent in the lives of those who live outside.

To Hand Up, Survive the Streets, and the people who inspired them, we give thanks.

For the longest time, women have been a shrinking minority among the ranks of developers and IT leadership. But in recent years, as the conversation around gender has boiled over, a few organizations and individuals have decided to take action. These folks are working on the problem from both ends: Correcting the imbalance now by jump-starting grown women into tech careers, and fixing the long-term issue by promoting STEM education and careers to young girls and other underrepresented groups in technology.

To Hackbright Academy, Code.org, and every woman and girl who learns to code, we give thanks.

What are you thankful for this year? And who gets your gratitude? Leave your thoughts in the comments.