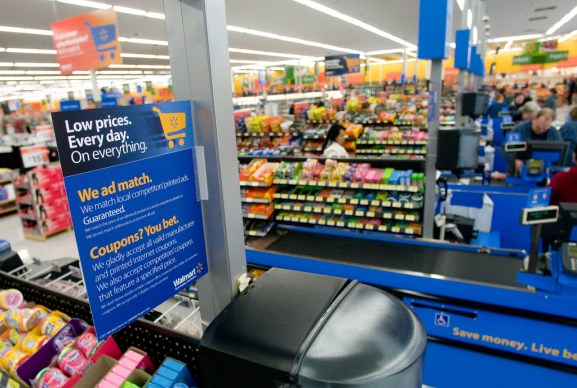 Black Friday is just beginning, but Walmart has already seen some impressive stats from shoppers on Thanksgiving day — especially when it comes to mobile.

The retail giant announced this morning that mobile traffic on its site during Thanksgiving made up 53 percent of total traffic (out of a whopping 400 million page views). Walmart also notes that new customers making purchases for the first time on mobile is up three times from last year.

While it’s not exactly surprising to see mobile making such a huge impact on Walmart, it’s a telling sign that shopping on phones and tablets is catching on with general consumers. Not all of the traffic led directly to mobile purchases, but Walmart’s stats show the importance of having a useful mobile site to help shoppers navigate in-store sales.

Among other stats, Walmart notes that it reached peak Thanksgiving traffic at 7 p.m. Eastern — around the time many East Coasters were likely done eating but not yet passed out from stuffing themselves.