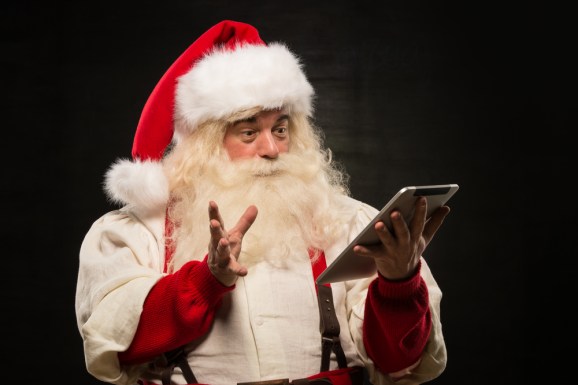 Looks like tech is topping Christmas lists this year, and parents are only happy to indulge.

A survey from PBS Kids shows that 54 percent of parents plan to pick up a techie gift this year, more specifically tablets. Kids want bigger screens to play games and watch movies on. Indeed, according to the survey, kids want tablets more than they want game consoles.

For any parents reading, VentureBeat found the best “big” tablet of the year to be the iPad Air, but the best budget tablet is the Nexus 7.

This is a big opportunity for the tablet market, which continues to grow and eat up the PC market. Tablet shipments grew 53.4 percent in 2013, according to research firm Gartner. PC shipments, however, dropped another 8.4 percent. This, however, included “ultramobiles,” which can be defined as thin and light computers that can double as tablets. The PC market actually dropped 11.2 percent if you don’t include these in the calculations.

And with more tablets available with kid-protections and controls, such as Amazon’s Kindle Fire FreeTime feature, parents can create profiles for each of their children on the tablet and control what they can see and how long they can use the device.

This is also a big opportunity for app developers. Seven out of 10 parents plan to pre-load apps onto the tablets so their kids can dive right in.

And they’re not just looking for games. Ninety percent of parents have faith in educational apps and think they’ll be instrumental in their child’s development. If you’re marketing an education app, time to start honking the holiday horn now.