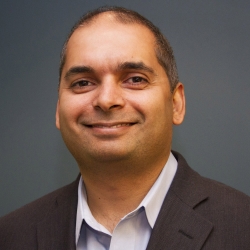 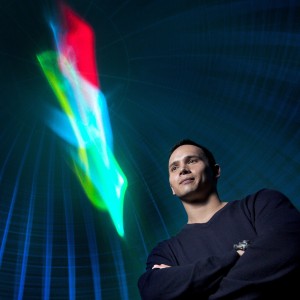 Gurjeet Singh likes to spend his free time discovering and analyzing datasets and building multilegged robots. But as a founder and the CEO of Ayasdi, he finds much of his time goes toward using big data to address complex global socio-economic issues. 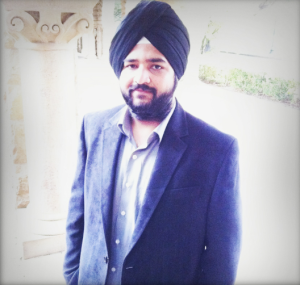 “Data needs to be the centerpiece of every company’s strategy– it is the single largest, general, competitive differentiator,” he said. “Data scientists turn data into knowledge. They are in high demand, but we need more data scientists than ever before and are producing fewer. To fix this, we need to amplify data scientists to do more with less and empower more people to become data scientists.”

Singh has a Ph.D in computational mathematics from Stanford. That’s where he met Ayasdi cofounder Gunnar Carlsson, who was researching how to use “topological data analysis” to solve social and economic problems.

Ayasdi arose out of a decade of DARPA-funded research. It has clients as diverse as oil and gas companies, which use data to optimize their drilling approach, and medical researchers, which use it to identify the genetic predispositions of many diseases.

“Ayasdi builds products that help our customers discover and monetize knowledge from data,” he told VentureBeat. “As such, being a data scientist myself helps in product direction because I can feel the end user’s pain. Also we use our own software to analyze our operations and make better decisions. In terms of leadership style, being a data scientist definitely forces us to measure everything and to make decisions based on data.”

Data has treated Brad Peters well. Before founding business intelligence startup Birst, he led analytics at Siebel Systems, which Oracle acquired for $5.8 billion in 2005. Peters saw an opportunity to build better business analytics software from the ground up and founded Birst later that year. 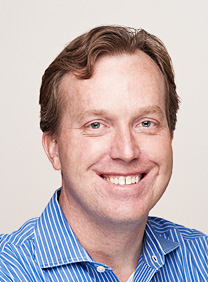 Birst powers is a “business intelligence” platform that brings together data from multiple sources. It presents data in reports, charts, and dashboards so people without tech backgrounds can make better use of analytical tools.

“There’s an overemphasis on the data scientist — the pure data scientist who knows lots of statistics, learning technologies, and algorithms has become a mascot,” Peters said. “But the more techy a data scientist is, the less connected they are with the business side of things.”

Peters echoed what Singh said about the importance data should and is playing in business strategy. He said that data can play a role at all stages of the businesses, and part of what Birst does is present a cohesive picture of the entire business, even “non-techy” areas.

He said businesses that don’t use data are dying because they only see “insights” once they are in the “rearview mirror.” Like his fellow data scientist/CEOs, he likes to work on personal data science projects in his spare time to better understand his customers and keep his skills sharp.

Not all the data scientist-led startups are building big data applications, products, and services. Sebastian Thrun, who led the integration of big data into robotics, is the founder of ed-tech startup Udacity.

“Bringing data science to the field of education is extremely exciting, because education as a field has enjoyed very little of it in the past,” Thrun told VentureBeat. “Professors rarely measure the effectiveness of their teaching at a fine-grained level, beyond student evaluations. Through Udacity, this is now possible.” 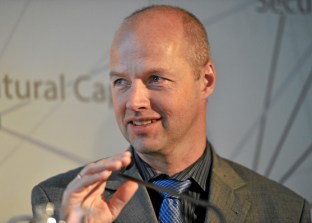 He went on to become a professor at Stanford, served as director of the Stanford Artificial Intelligence Lab, and then worked at Google, where he founded Google X.

He’s now bringing this expertise to bear in an effort to improve higher education and adapt it to the modern era.

Udacity offers free online, project-based courses taught by professors and industry experts. The company’s mission is to make education more accessible and affordable for students and to encourage lifelong active learning. Technology and data science is a core part of the mission

“We do AB tests in which we randomly assign students to one version of our classes, and others to another,” Thrun said. “Within a day we can measure the difference. Such immediate data and feedback never really existed in traditional classrooms, and it is not in the DNA of many professors. Udacity is big data changing higher education.”

Udacity also offers data-science courses designed by experts from Cloudera, Facebook, and MongoDB, and it plans to offer more in the coming months. Thrun said that data science is a critical part of any business and that courses like these can help managers and engineers fill the need for those skills.

Like the other CEOs we interviewed, Thrun said that his background means Udacity places a heavy emphasis on data for its day-to-day operations.

“I’m very open to input and additional data from anyone at the company — even qualitative data is data,” Thrun said. “I believe there are some aspects where pure data will not provide the perfect answer and intuition is more important, especially when it comes to innovation. The advantage lies with those who can combine creativity and intuition with the data at hand.”

It’s not [just] size that matters

The Harvard Business Review recently went so far as to dub data scientist the “sexiest job of the 21st century.”

Sexy or not, data is now seen as this powerful force that can predict the future . It can provide unprecedented insight into what formerly relied on gut feelings and luck, and the data-obsessed mindset is spreading far beyond the business world.

Health trackers and apps like FitBit, MapMyFitness, and MyNetDiary give people data on their physical activity and calorie intake to help achieve fitness goals and lose weight. Home devices and apps like the Nest “smart” thermostat use data to keep energy costs down. DigitalGlobe collects data to create a “heat map” of conflict in Africa. Data can even help people find their soulmate and predict sports and election outcomes.

However, as all the CEOs were careful to say, data alone is not enough. Human inspiration and input still has an important role, especially when it comes to innovation. It’s striking the right balance that is key.