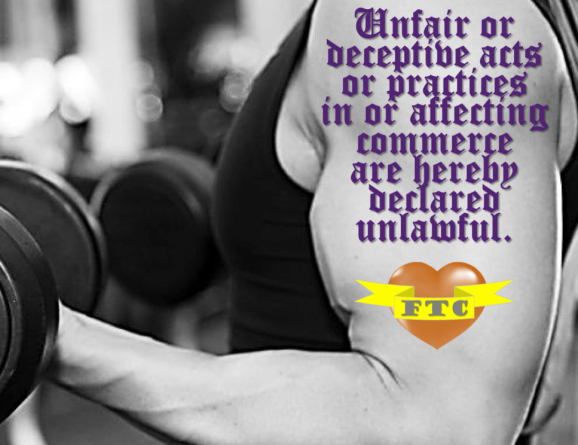 From the FTC's presentation at its workshop on native ads

Native advertising is one of the Biggest New Things in that realm, but now the U.S. Federal Trade Commission (FTC) is pointing out that the genre needs to avoid being just another version of a very old game: Let’s deceive the customer.

Although there is debate in ad circles whether native advertising is actually new or whether it is just another label for advertorials, infomercials, content marketing, and the like, it’s clear the genre now has some new tools.

A native ad is sponsored information that blends with its surroundings, appearing to be additional valuable information — Sponsored Stories on Facebook, for instance, Promoted Tweets on Twitter, or a Sony-sponsored “The Most 8 Incredible Water Festivals You Need to Attend.” While that blending has advertisers all excited, it has also raised the antennae of the FTC, which notes that nearly three-quarters of online publishers now offer some form of native ads.

In a speech Wednesday at a FTC workshop on this very subject, Chairwoman Edith Ramirez warned that “by presenting ads that resemble editorial content, an advertiser risks implying, deceptively, that the information comes from a nonbiased source.”

She added that no federal regulations on native advertisting are currently in the works. The agency has already used its existing authority against offending parties, such as warnings in the summer to search engines that search results need clear separation from paid ads. In 2009, the FTC warned that bloggers need to indicate if they’ve received free units of products they discuss.

The key question is whether a reader/user believes the content is the impartial editorial work of the site or publication in which it lives, or if the fact that it is a kind of advertising is made clear. Sponsored Posts at VentureBeat, for instance, are clearly labeled to make that distinction.

More than straight advertising, some native ads can actually provide useful and relevant content to the reader – learn about water festivals! – as long as the reader is aware of the source.

In other words, the FTC is saying, if you go native, be sure to wear a hat with your sponsor’s name.