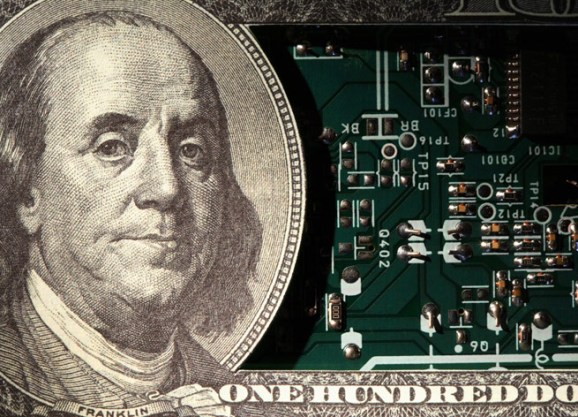 Monetate, a company with deep roots in e-commerce and multi-channel marketing, has taken an additional $8 million in funding from its existing investors.

Monetate helps online retailers use data about their customers to sell them more stuff.

Example: Georgia is looking at the Timepiece Co. mobile website. Monetate figures out where she is located and how far she is from a Timepiece chain store. Georgia sees a nice watch with a “New!” badge stuck on it, and she sees it’s available three miles from her house. Georgia buys the watch.

That’s Monetate in a nutshell.

Reps for the startup said via email that the company has “more than doubled its revenue” from 2012 to 2013 and currently employs around 200 people around the world. Its offices include a London HQ to act as a homebase for a European expansion.

Interestingly, Monetate says it “influenced” a third of all the money spent online on Black Friday.

“Black Friday 2013 performed as we expected, driven predictably by increased activity among tablet and smartphone users,” said Monetate CEO David Brussin in a statement on the news.

“What we found interesting were the dramatic decreases in traffic and revenue for email – down 40 percent and 32 percent respectively. Email is the lifeblood of ecommerce; these waning metrics serve as a wake-up call to marketers as they plan their 2014 strategy.”

The startup took $15.2 million in February 2013. The new money will be used to support Monetate’s continued growth. Altogether, the company has taken around $44 million in institutional funding to date.

Monetate was founded in 2008 and is based in Philadelphia.