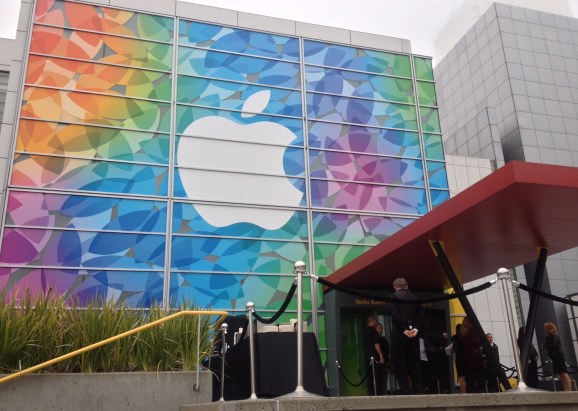 China Mobile is Apple’s great white whale. And just as Captain Ahab tried and tried and tried to bag that particular beast, Apple has been trying for years — without success — to land China Mobile as an iPhone carrier. Today, the company is one step closer.

But whether it’s a giant leap or just a little hop remains to be seen.

Earlier this week, China Mobile received a license from China’s Ministry of Industry and Information Technology to offer 4G services, meaning that at last the carrier’s technology and Apple’s iPhone will be compatible. And today, the Wall Street Journal reported that Apple and China Mobile had signed a deal to offer the iPhone to its 700 million subscribers.

Cue rejoicing by all Apple investors? Not so fast.

According to a statement by China Mobile, negotiations have yet to be concluded. And as yet, there’s no deal to announce and celebrations are a little premature.

“We are still negotiating with Apple, but for now we have nothing new to announce,” the company told Reuters.

This is not the first time that the bubbly has been popped on a nonexistent deal with China Mobile. And it’s not the first time the Wall Street Journal has precipitated that premature ejaculation — back in September, the WSJ reported the same thing. At that time, however, we did learn that Apple had added China Mobile to its list of carriers that would receive the iPhone 5C from production partner Foxconn.

The reality is that China Mobile needs Apple and Apple needs China Mobile. Domestically, China Mobile is losing the high end of the mobile market to upstart competitors who offer the iPhone. But with China Mobile’s 700 million subscribers, Apple can’t afford to not be in carrier’s mobile phone lineup. Apple gave China its own special launch event when unveiling the new iPhones — a sign of the company’s commitment to the Chinese market, and adding China Mobile to its Middle-Kingdom strategy could propel Apple stock back into the stratosphere.

Just recently, Apple added Japan’s biggest mobile carrier, Docomo, to its list of partners. So will Cupertino’s Christmas present this year include China Mobile, or will Apple once again receive a lump of coal?

Perhaps only China Mobile knows for sure.