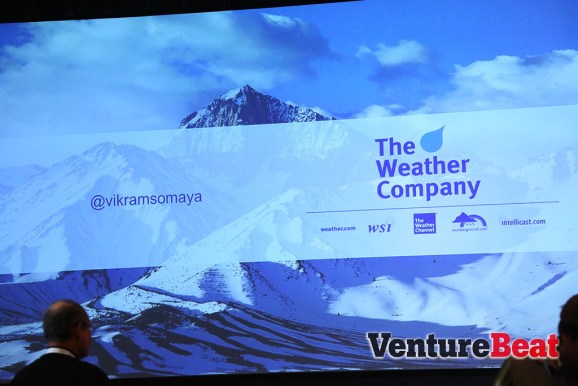 We hear that these elite statisticians can pull data from an Excel spreadsheet and somehow churn out insights that can inform business strategy.

However, these scientists can’t provide a magic solution for a company in decline or turn raw data-sets into gold. However, they are essential for a company that wants a clear set of ideas for how to use its mountain of data. At VentureBeat’s DataBeat/Data Science Summit, we asked data scientists from Lyft, the Weather Company, and other companies to tell us how they’re providing very real business value.

Lyft has developed iPhone and Android apps that orders rides from strangers in a matter of minutes. The startup just netted $60 million in venture funding from Andreessen Horowitz and a number of other venture firms, so it can afford to build a data science team.

The company has succeeded in recruiting some top analytics talent. Senior data scientist Chris Pouliot formally joined the Lyft about three weeks ago; he previously worked at both Google and Netflix.

Pouliot has only been in the job for a short time, but he already has a plan for how to improve the user experience. Currently, Pouliot is collecting traffic and map data to determine exactly how many minutes it will take for a driver to reach their destination. “We have to set expectations for our customers,” he said.

Another tricky problem: Oftentimes, two or three cars are about five minutes away from a passenger. While sending the closet car seems like the simplest solution, Pouliot is developing an algorithm to determine the likelihood that another customer will call a car in the next three or four minutes. So Lyft won’t just send the nearest car — it will send a car that is nearby and unlikely to be in near the next passenger who may call for a car.

Pouliot is also considering taking a deeper look at demographic data, so Lyft can target its advertising to appeal to a new segment of customers. 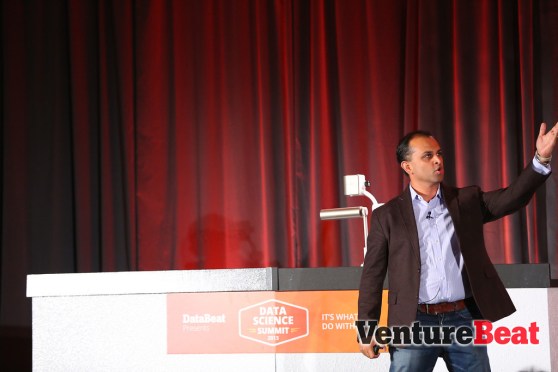 Above: The Weather Company’s Vikram Somaya kicked off his talk by reciting Shakespeare.

The Weather Company is another big brand that is increasing investing in its data science team. The giant recently bought a startup, Weather Underground, which crowdsources information from 30,000 people with weather detectors on their property. So the company is now armed with even more data about hyper-local weather trends.

In the wake of this acquisition, we invited Vikram Somaya, a general manager at the Weather Company (and a highly charismatic speaker, who reeled off weather quotes from Shakespeare) to discuss how the company plans to leverage all this data.

According to Somaya, retailers are realizing that even the most minor weather changes have an effect on buying habits. An e-commerce provider, for instance, might send an alert or e-mail to customers in Western Michigan about a discount on a pair of gloves, knowing that the weather just dipped 5 degrees. “We went out and spoke to large marketers we already had relationships with,” said Somaya. “We were skeptical, but adoption happened far faster than we thought.”

According to Somaya, the company now boasts about 200 clients, which includes Fortune 100 companies. These customers are automatically modifying and optimizing marketing messages across a variety of channels.