“With increases in fan/follower engagement nearly three times that of other networks studied, Instagram is the clear winner for 2013,” SumAll CEO Dan Atkinson said. “If a company has a visual product to sell and it’s currently not on Instagram, that company is missing out on significant brand awareness and revenue.”

Across businesses that are on all four networks, SumAll says that Instagram resulted in the most new followers in 2013 — and significant revenue. Brands on Instagram saw an average of 7 percent growth in both followers and engagement. And while U.S. brands saw a nice little revenue lift from Instagram — 1.5 percent to 5 percent — businesses in the U.K. reported more, up to 3.6 percent.

Which means that social commerce may finally be a real phenomenon.

Social media marketing expert Eric Dahan, the CEO of Instabrand, agreed. Instabrand is a social marketing organization focused on visual media. Right now that means Instagram, but Vine, Tumblr, and Pinterest are on the horizon. 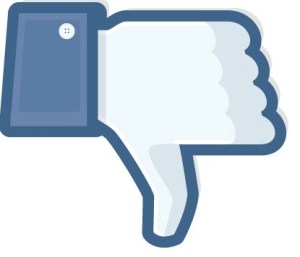 Instabrand says its customers saw their followers grow from zero to 30,000 in campaigns costing just $3,000 to $5,000. One jewelry company, NouviNomi, got 50,000 unique visitors to its site from Instagram in two months as a result of a campaign that cost just $3,000.

Clearly, with a visual medium, visual brands that can communicate via images do best.

SumAll says that fashion retailer In God We Trust credits 2.3 percent of its revenue to Instagram, a number that may sound small but is actually huge for social commerce stemming from just one mobile social network. And SumAll’s Atkinson says that a bicycle manufacturer, Pure Fix Cycles, reports that every Instagram post it publishes is worth roughly $100 in revenue.

The best approach on Instagram, Dahan says, is not what you might think. Many brands are turning to celebrity endorsements as a quick-fix strategy to drive views, engagement, and ultimately revenue, but that can backfire.

“We match businesses with users that already like the brand,” he told me. “We tend not to like using celebrities — they’re almost corporate now, and people know they’re promoting a product just because they’re getting paid. We like to use grassroots people.”