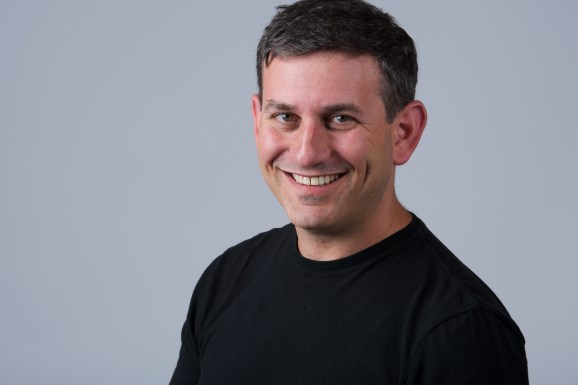 A little over a year since big data startup Trifacta came out of stealth with funding, it’s announcing another capital raise. This time it’s $12 million, with Greylock Partners and previous investor Accel Partners leading the round.

The new money will help the company add to its technology for preparing raw data for analysis and get it into the hands of more users.

The San Francisco-based team is already 22 people strong. More sales, engineering, and design types will come on board.

At the helm of the company is Joe Hellerstein, a cofounder and also a computer science professor at UC Berkeley, where Trifacta has its roots.

Hellerstein and the company’s two other founders — Stanford computer science professor Jeffrey Heer and former Stanford Ph.D. student Sean Kandel — “took the ideas we’ve been working on on campus and went off campus to start the company,” he told VentureBeat.

[Editor’s note: Hellerstein will be speaking onstage at our DataBeat/Data Science Summit later today in Redwood City. It’s not too late to register so you can catch his talk at 2 p.m.]

The team is laser-focused not on the place where the data is sitting — like Hadoop or a data warehouse — and not on analytics. It’s the space in between that matters for Trifacta.

“Data transformation was this ubiquitous problem that everybody complained about,” Hellerstein said. It’s not unusual for that transformation — the T in the data-world acronym ETL, alongside extracting and loading — to take up more than half of data scientists’ precious time, Hellerstein said, and Trifacta wants to make it happen faster.

But it’s not just that. The company wants to make transformation into a more pleasant experience. The team wants to provide a clean interface for cleaning up data, coming up with structure for it, and seeing that it looks the way it should.

The product is still under wraps, but Hellerstein said that, at a high level, it will let users take cues from the software intelligence, and vice-versa.

“Our user interface focuses on direct manipulation of data for the user,” he said. That implies “suggestions coming back in a sort of fluid way from the back end, based on user interaction.”

The company already has paying customers, Hellerstein said, although he declined to name them. It’s currently an on-premise product, which makes sense for large companies that might be hesitant to upload lots of data to a public cloud — although it is designed to be available as a hosted service as well, Hellerstein said.

The bigger trend here is that investors see major promise for new pieces of the big data ecosystem. Pivotal executive Scott Yara alluded to the trend at VentureBeat’s DataBeat/Data Science Summit event yesterday, saying he hadn’t witnessed “a healthier funding environment for these kinds of technologies ever.”

That means investors might be willing to keep funding Trifacta as it grows into a staid vendor to hold its own against larger operations that offer similar services, such as Informatica.