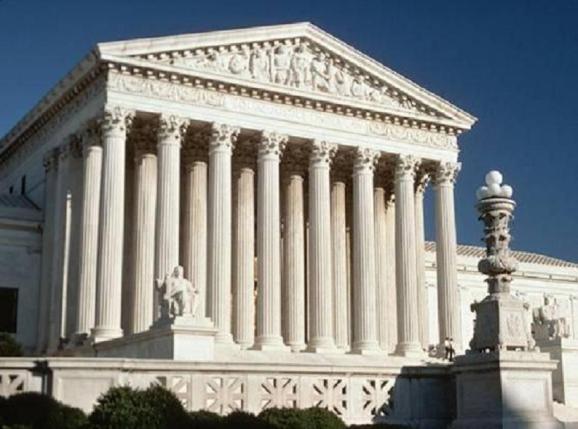 The U.S. Supreme Court will decide whether people can patent software.

The court agreed to hear the case Alice Corporation Pty. v. CLS Bank International to look into the issue of “whether claims to computer-implemented inventions – including claims to systems and machines, processes, and items of manufacture – are directed to patent-eligible subject matter.”

This is a big deal, because it will determine what types of software are patentable.

The U.S. Supreme Court has held that you cannot patent abstract ideas. Advocates for patent reform hope that this decision will bring more clarity to what constitutes “abstract,” and in doing so curb the amount of patent abuse and  trolling.

Alice Corporation holds a patent for a computer system that facilitates financial computer transactions. CLS Bank International challenged the patent, saying that the concept is “fundamental and ancient” and too abstract to be eligible for a patent.

Patent attorney Dennis Crouch said that while none of the decisions garnered majority support, seven of the 10 judges agreed that the patent lacked subject-matter eligibility, and eight of the 10 concluded that the claims should rise and fall together regardless of their claim type.

Judge Kimberly Moore on the appeals court expressed concern that the abstract idea exception to patent law “is causing a free-fall in the patent system.”

“And let’s be clear: If all of these claims, including the system claims, are not patent-eligible, this case is the death of hundreds of thousands of patents, including all business-method, financial-system, and software patents as well as many computer implemented and telecommunications patents,” she wrote.

The appeals decision was extremely confusing, but the one thing that was clear was the need for a more consistent, cohesive, and accessible approach to patents.

Now the Supreme Court will decide the divisive matter.

Earlier this year, the Supreme Court took no action on a case raising a similar issue — Ultramercial v. Hulu and WildTangent.

Ultramercial claims a process for offering a customer the option to view advertising online as an alternative to purchasing content. The appeals court decided to uphold the controversial patent.

This caused concern among tech companies and advocacy organizations because the idea Ultramercial’s patent is based on is so abstract.

The Electronic Frontier Foundation filed a brief urging the Federal Circuit to rehear the case.

“This outcome is incredibly troubling, not least of all because every day we conduct more and more of our lives online,” the EFF brief said. “Merely filing a patent application covering an idea that takes place on the Internet (especially without explaining any of the programming steps) does not somehow make an abstract idea (which is unpatentable) somehow not abstract (so it is patentable).”

Now at last, the Supreme Court will consider the issue. This news comes just a day after the House passed the Innovation Act, a bill that takes major steps towards neutralizing patent trolls.