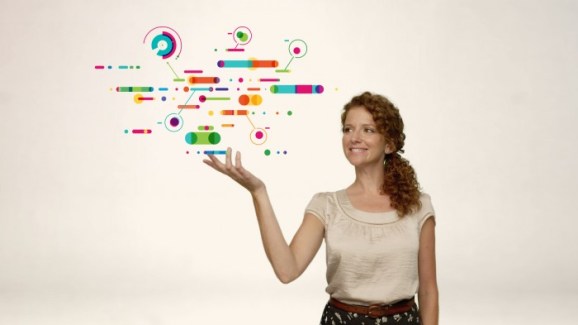 A screenshot from a 23andMe ad campaign

In late November, Google-backed genetics-testing company 23andMe received a warning letter from the U.S. Food and Drug Administration. The agency demanded in very public manner that the company stop selling and marketing its $99 testing kit due to concerns about the clinical and analytical validity of 23andMe’s product.

After much internal debate, 23andMe appears to have given in to federal regulators. The company agreed Friday to stop issuing health results to consumers who purchased the test after Nov. 22, although these customers can still receive ancestry information and raw data. That’s a significant concession, as the “health reports on 254 diseases and conditions,” which 23andMe claims to provide, sets it apart from dozens of genealogy providers. Many of these customers will have the option to request a full refund.

In the first in-depth interview with the press since the FDA’s letter, 23andMe spokesperson Catherine Afarian told VentureBeat that the company’s decision will shape the entire genetics industry, which she believes is the “future of medicine.”

Fans had hoped that 23andMe intentionally dropped the ball with the feds, perhaps to spark a national debate and a court case. However, Friday’s decision to comply with the FDA indicates that this wasn’t some sort of strategic ploy for attention.

In fact, the company is eager to work with the FDA to clear any hurdles and start selling its test as quickly as possible. “Our mission is unchanged,” said Afarian. “We are not going anywhere, although we recognize that the FDA process will take time.” 23andMe founder and chief executive Anne Wojcicki recently echoed this sentiment in a blog post, where she claimed to “stand behind the data.”

It’s impossible to predict how long it will take for 23andMe to resume its full service, as this case is unprecedented. Afarian seems confident that it’s inevitable, although some experts are skeptical that 23andMe can bounce back. She also implied that the company might start reintroducing aspects of its health test in stages. Some aspects can be addressed quickly; others will require more thorough discussion.

Afarian hinted at a silver lining, while recognizing that a strained relationship with the FDA is far from ideal. 23andMe appears to be reaching a kind of detente with the agency, and may soon market itself as the “only FDA approved” direct-to-consumer genetic company. The company may eventually benefit from all the press attention and interest in genetics, even the negative kind.

Why is all the controversy centered on 23andMe?

23andMe hit the headlines for a number of reasons. First and foremost, it’s the best-known remaining direct-to-consumer company in the genetics field, which makes it a high-level target for the feds. When the company failed to communicate effectively with regulators, the FDA issued its severe warning.

I would argue that the company shot itself in the foot with its aggressive advertising campaigns on television networks and social media sites. 23andMe appears to have invested too much of its time and efforts on marketing — and too little on its dealings with policymakers and regulators.

The company has plenty of cash at its disposal. In the past five years, 23andMe has raised repeat rounds of funding from billionaire investors like Yuri Milner and Sergey Brin, as well as a number of high-profile venture firms (Brin is the soon to be ex-husband of 23andMe founder Wojcicki).

23andMe has not been secretive about its intention to gain more customers. After fundraising events, spokespeople often reiterate the goal to reach “one million souls” and gather a massive database of genetic information, which it will use for the purposes of science and research.

From the FDA’s vantage, that is one million people who might receive inaccurate information about their health.

Moreover, 23andMe has expanded its services in the past few years, presumably without clearing these changes with the FDA. 23andme recently begun testing various mutations of genes that indicate a woman might have a high risk of getting breast or ovarian cancer. A false positive on that test could cause a woman to undergo a needless mastectomy, the FDA claims.

Is the data from 23andMe accurate?

The FDA is particularly concerned that 23andMe’s results could be misinterpreted by consumers, who fail to realize that it has a probability or degree of risk. The company can’t definitely tell you if you’ll develop Parkinson’s in the next 10 years; it can only suggest that the likelihood is high, relative to other people.

23andMe proved reluctant to respond to questions about why exactly it did not comply with the FDA in a timely fashion. It’s a sensitive issue, given that the company is currently working closely with the agency to map out a course of action in the coming months.

However, Afarian did say that the warning letter has been widely misinterpreted by the press. The FDA fears that the test results are not clinically accurate, as it has not received sufficient proof according to its standards. However, this does not necessarily mean that the proof does not exist. 23andMe claims to have good analytic accuracy.

“It’s not that the data isn’t accurate,” said Afarian. “It’s that we didn’t complete the FDA’s substantiation studies on time.”

This particular issue is a tricky one. Hank Greely, a professor at Stanford’s Center for Law and the Biosciences, said the term “accuracy” is highly complex. He argues that 23andMe’s analytic accuracy is good, but it lacks clinical validity, meaning that the results should not be used to diagnose patients. “I’m also confident that almost all of the health conditions they report have poor to terrible clinical validity,” he said. “One can’t really believe the health consequences will be as advertised.”

It remains to be seen whether 23andMe will need to adapt its model. The company currently sends results straight to you, and bypasses a medical professional or genetic counselor. This is an important part of the company’s mission; Wojcicki has frequently stressed that it’s empowering to receive data about your health.

Greely believes that interpretation is everything. His major concern with 23andMe is that consumers aren’t adequately equipped or informed to interpret this information — the space is still so nascent that even the experts are constantly learning. In the past, genetic information would typically be shared with a physician, who would walk the patient through the results. In the near-term, the FDA may insist on an approach that brings far more experts into the equation.

Should 23andMe have been regulated at all? Turn the page to read more.