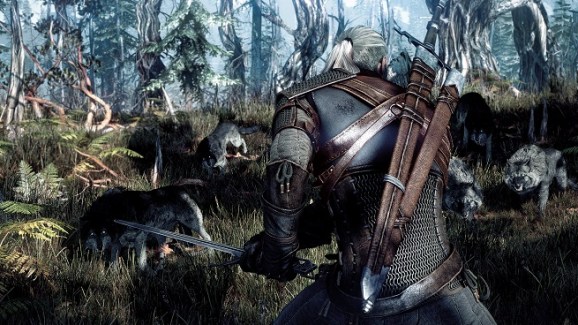 The Witcher 3 in action.

The Witcher 3: Wild Hunt looks just as gorgeous as you were expecting.

The Witcher 3: Wild Hunt follows the adventures of Witcher Geralt of Rivia. Developer CD Projekt Red is producing it for PC, Xbox One, and PlayStation 4, and it is due out in 2014.

It is a sequel to two previous The Witcher games, which also starred Geralt. The franchise is known for its mature themes and cutting-edge visuals, which gamers can expect more of in Wild Hunt.