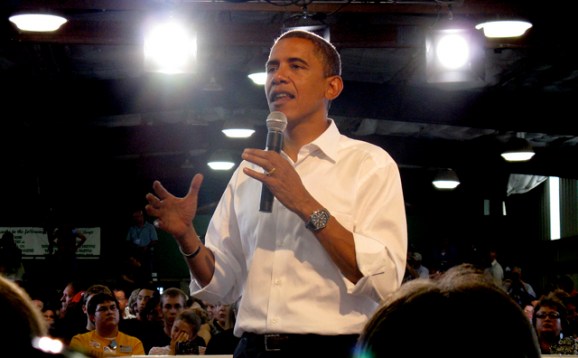 This is shaping up to be the biggest Computer Science Education Week yet.

The annual event, meant to promote computer programming education worldwide, is focusing on a new “Hour of Code” initiative powered by the nonprofit Code.org. The goal is to give students a taste of coding with an hour-long program.

To help kick things off, President Barack Obama (along with other prominent politicians and celebrities) has issued a video statement to encourage students to participate. “Learning these skills isn’t just important for your future — it’s important for America’s future,” he said.

Five million students across 33,000 classrooms in 167 countries are signed up to take part in the Hour of Code, which offers self-guided material to be used on tablets, smartphones, and computers. The initiative has also gathered tremendous support across the technology world, with more than 100 partners including Apple, Google, Microsoft, Disney, and others.

While computer science education is still a rarity for many kids, having a bit of exposure could help to spur on their interest outside of school (and potentially encourage them to demand it at their schools, as well).

“Although only 10 percent of schools teach computer science classes, even one hour of exposure can be enough to change a student’s life, as it did mine.” Code.org founder Hadi Partovi said in a statement today. “In the 21st century, this isn’t just a course you study to get a job in software – it’s important to learn even if you want to be a nurse, a journalist, an accountant, a lawyer or even a president.