Now that the Wii U, PlayStation 4, and Xbox One are all finally out, developers have some decisions to make when they think about how to take advantage of the new hardware. Do they create brand-new games, or do they stick with what they have?

They’re going to do both, but we think that some game franchises shouldn’t come along on this console generation. Here are our picks for the series we’re perfectly fine leaving behind.

I know I’m too late, with new Lego games already sneaking their way to next-gen systems, but goddamn, would I love for someone to nuke this franchise. Everyone once in a while, the developers can trick me into trying a new game by waving an attractive license in my face (“Oh, Harry Potter/Batman/etc. — that could be fun.”). But they never, ever change! It’s the same gameplay formula over and over, and I’m just sick of it. Stop, please.

I love this series of old-school dungeon crawls for its harsh difficulty, for it variety of classes, and for its map-graphing. But after Etrian Odyssey: The Millennium Girl, a rehash of the original game that not only gives it a story but also takes party creation away from you with premade characters, I fear that publisher Atlus wants to take this franchise out of the 1980s. 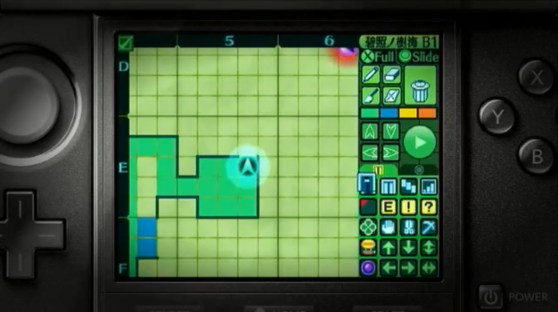 Above: Over 25 years after gamers were using graph paper to make their own maps in The Legend of Zelda, developers started building the graph paper into the game.

As much as I love it, the series has been in deep trouble for far too long. It’s passed from one developer to the next, each trying to re-create the psychological brilliance of Silent Hill 2 and failing. The departure of composer Akira Yamaoka and vocalist Mary Elizabeth McGlynn sealed its fate for me. 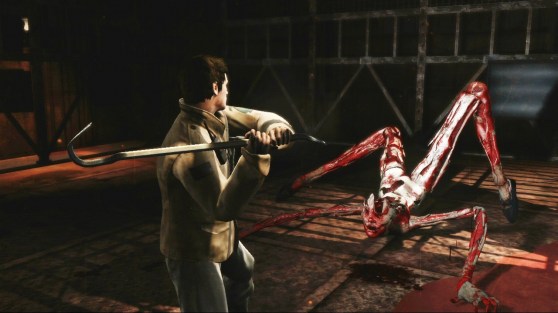 Above: Silent Hill protagonists can keep hitting monsters long after they’re dead. We mention that for no reason in particular.

The other Stephanie stole my answer (damn you!), so I’m going to go with Assassin’s Creed. Although Black Flag seems like a fun game, many people have said they wished it wasn’t set in the AC universe. The yearly releases have worn out the franchise’s welcome, I think. Desmond’s tale is over. Isn’t it about time Ubisoft moved on to something new?

Above: Pssst … Desmond. Use the Apple to make them slow down the release schedule, at least.

Over the relatively short history of the franchise, Dead Space has gone from a promising new take on survival horror to simply another action-thriller among dozens. The games have never been technically bad, but they’ve gradually lost what made the first game so interesting and dynamic. The unique approach to the design and encounters with the monstrous necromorphs that helped distinguish Dead Space from a plethora of horror-focused shooters has given way to more straightforward shooters and action setpiece moments.

The developer has replaced the thrill of ambient immersion with the same adrenaline-soaked momentum that can be found in any Call of Duty/Battlefield/Medal of Honor single player mode. Dead Space 3 even brought in a co-op campaign, completely killing any chance for subtler horror. In a genre in such dire need of more titles like Amnesia, Dead Space started off promising before selling out for the cheap seats.

I’m all for more Batman games, but the Arkham line needs to be put down. The predator missions, the vents — he’s the goddamn Batman! Why does he need to sneak through vents all the time!? — the basic countering system … all of it just needs to go. Or if they survive, they must be heavily changed. I just started playing Arkham Origins, and while it’s still kind of fun, the formula is definitely showing its age.

The setting isn’t original or creative enough to warrant any more sequels. Three was stretching it, and the prequel spinoff pretty much confirmed how tired the franchise got.

God of War … actually, everything I said about Gears applies here. 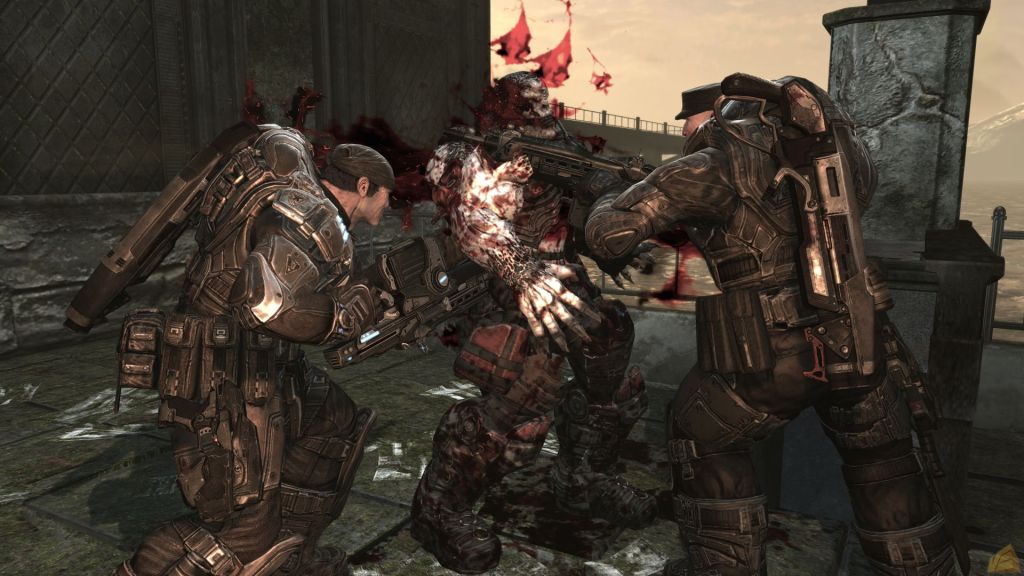 Above: What is Mike talking about? We’ve just been doing this over and over for seven years.

I’m not sure anyone really knows what Capcom’s deal is with the Blue Bomber, but things were actually on the right track with Mega Man 9, Mega Man 10, and a possible Legends 3 release.

But now what? Sure he’s got a cameo in Super Smash Bros. for Wii U—that doesn’t make up for his exclusion from Marvel vs. Capcom 3—but as far as solo adventures, Capcom doesn’t seem too invested in pushing Mega Man forward. And I don’t think crappy mobile ports are what fans want. So just retire the franchise. The rest of us will be playing Mighty No. 9 in the meantime. 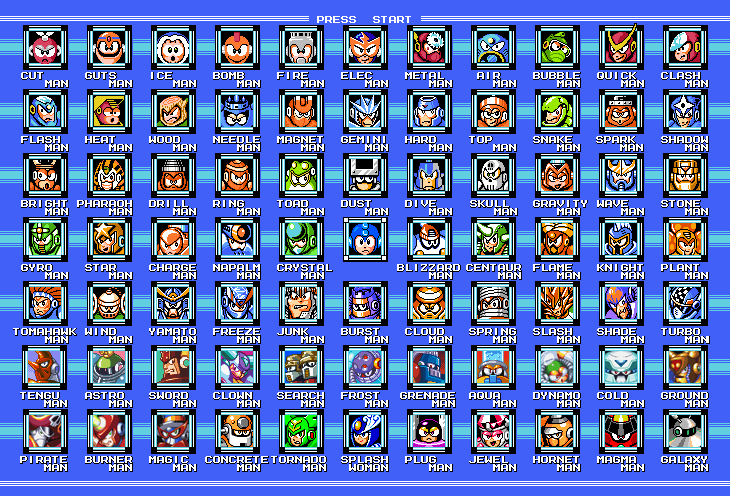 Above: Yyyyyyyeaah … I think we’re all set. Thanks, guys.

On paper, Kane and Lynch 2: Dog Days looked like it could be an entertaining co-op experience. It wasn’t. Most of it was a trudge, enlivened only by laughing at the ineptitude of the A.I., and it culminated in one the most hopelessly dull final levels I’ve ever experienced. Playing a level as a naked Kane and Lynch has also left a lasting gaming memory that I’d much rather forget. No more, please. 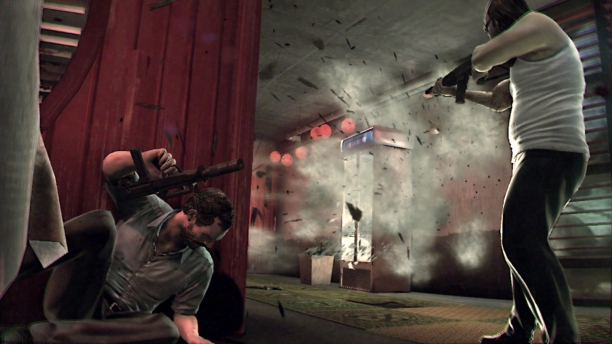 Above: Or maybe Kane and Lynch should stick around. They’re so charming.

My fed-upness with the God of War franchise is sprinkled across the Internet like salt, so to avoid repeating myself, I’m going to go with developer Insomniac Games’ alternate-history alien shooter series Resistance. Not because the first game was kinda blah and the second game was an exercise in mediocrity, but because the third game was so good that it redeemed the other two and wrapped the franchise up on a satisfying note.

Is that too much positivity for this article?

Above: Is he yelling or yawning?

We also put the question out on our Facebook page and Twitter feed, and the series we heard back about the most was God of War. Here’s what people said:

“The gameplay has reached its ceiling limit in feeling fresh.” — Ken Wesley, Twitter

“The God of War series has gotten incredibly stale. There really hasn’t been too much innovation, and the plot has nowhere to go.” — Tim Foerst, Facebook

“God of War because it’s done. I love it, and I don’t want it tarnished any more than it already has been with Ascension.” — DJMMT, Twitter

Above: Once you rip a guy’s head off, and the game shows it so close-up that you can see every individual tendon tearing, where can you go from there? Down, that’s where.

We want your pick, too, readers. The following poll contains the four most popular answers. If you’re not in a voting mood, or you have a choice that’s not in there, feel free to add your picks in the comments.