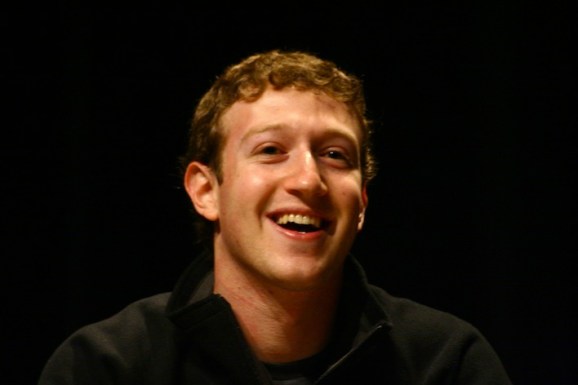 Your Facebook news feed could be in for some serious nerdification. The company has launched a research lab for artificial intelligence, and Chief Executive Mark Zuckerberg is talking about the project at a conference today.

He and Michael Shroepfer, Facebook’s chief technology officer, are attending the Neural Information Processing Systems Conference along with Yann LeCun of New York University’s Center for Data Science, according to a Facebook post from LeCun.

This isn’t Facebook’s first push into AI. The group was actually formed in September, according to comments Zuckerberg made during Facebook’s most recent earnings call in November.

A Facebook spokeswoman could not arrange for an interview on the company’s specific plans for AI. Instead, she pointed to remarks Zuckerberg made on the earnings call about big-picture intentions for the company’s AI efforts:

The goal here is to use new approaches in AI to help make sense of all the content that people share so we can generate new insights about the world to answer people’s questions. We started assembling a team of some of the best people in the field to work on these problems. We also announced the acquisition of Mobile Technologies, a speech recognition and machine translation company that will help expand our work in the field beyond just photo recognition to voice. Over time, I think it’s going to be possible to build services that are much more natural to interact with and can help solve many more problems than any existing technology today. I’m excited that we’re working on this problem and I’m looking forward to us doing a lot more here.

An article in the MIT Technology Review in September identifies Facebook’s news feed as one product that’s ripe for enhancement with AI.

Aside from the news feed, it’s hard to say what other features will get an AI boost. And who knows if users will actually notice what changes.

If anything, Zuckerberg’s appearance at a technical event today could be an effort to appeal to the most talented minds in the field. Working on AI problems at Facebook scale has got to be a fascinating challenge, and buy-in from Zuckerberg could mean the company is willing to pour serious money into research and development.