Even a gadget addict like me can’t see much of a point in curved-screen smartphones, but that’s not stopping companies from exploring the technology.

Apple has just scored U.S. Patent No. 8,603,574, which covers a “curved touch sensor,” reports AppleInsider. We’ve recently heard that Apple may be experimenting with curved screen iPhones, so this latest patent makes plenty of sense.

While the technique may be unique to Apple, both LG and Samsung have already released curved screen smartphones of their own. And, no, there’s still no clear reason why you’d want a curved smartphone.

Apple’s patent also shows a way that it can use a flat touch panel right under a curved glass display (which may be cheaper to produce, but likely won’t make for accurate touch interaction).

Perhaps more intriguing than a curved iPhone, the curved touch panel technology could be used in something like Apple’s rumored iWatch, which could one-up the smartwatch competition by using a curved glass display to better fit your wrist. 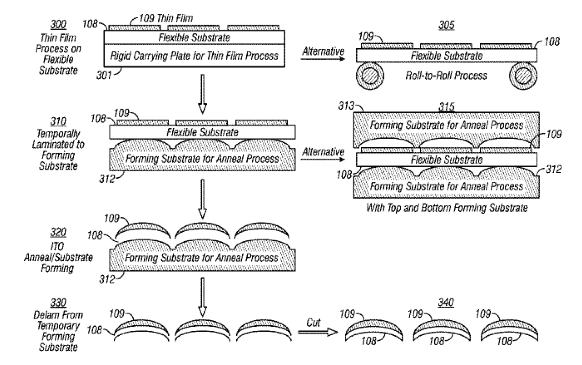