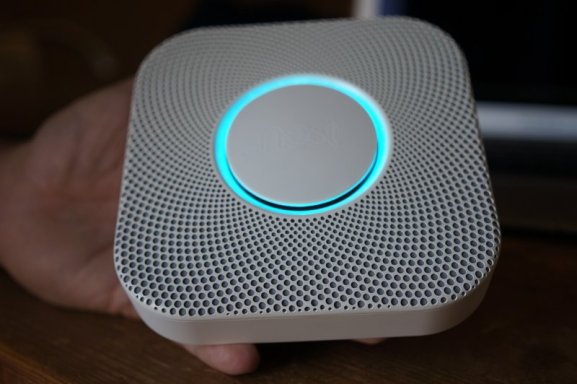 This is a guest post by Brad Feld, a managing director at Foundry Group.

On Saturday, I read the final draft of a magnificent book by David Rose. The book is titled Enchanted Objects: Design, Human Desire and the Internet of Things

I’ve known David for many years. I was a huge fan and an early customer, but not an investor, in one of his companies (Ambient Devices) and we share a lot of friends and colleagues from MIT and the Media Lab. I was happy to be asked to blurb his book and then absolutely delighted with the book. It captured so many things that I’ve been thinking about and working on in a brilliantly done 300-page manuscript.

The basic premise of the book is that ultimately we want “enchanted objects”, not “glass slabs” to interact with. Our current state of the art (iMacs, iPhones, Android stuff, Windows tablets, increasing large TV screens) are all glass slabs. The concept of the “Internet of Things” introduces the idea of any device being Internet connected, which is powerful, but enchanted objects take it one step further.

Now, the irony of it is that I read David’s book on a glass slab (my Kindle Fire). But page after page jumped out at me with assertions that I agreed with, examples that were right, or puzzle pieces that I hadn’t quite put together yet.

And then on Saturday night it all hit home for me with a real life example. I was lying on the couch reading another book on my Kindle Fire at about 10pm. I heard a chirp. I tried to suppress it at first, but after I heard the second one I knew it was the dreaded chirp of my smoke detector. I continued to try to deny reality, but a few chirps later Amy walked into the room (she had already gone to bed) and said, “Do you hear what I hear?” Brooks the Wonder Dog was already having a spaz-attack.

I got up on a chair and pulled the smoke alarm off the ceiling. I took out the 9V (nine-volt) battery and was subject to a very loud beep. We scavenged around for 9V batteries in our condo. We found about 200 AAs and 100 AAAs but no 9Vs. Chirp chirp. We bundled up (it was two degrees out) and walked down the street to the Circle K to buy a 9V battery. They only had AAs. We walked back home, got in the car (with Brooks, who was now a complete mess from all the beeping) and drove to King Soopers. This time we got about 20 9Vs. We got home and I got back on the chair and wrestled with the battery holder. After the new battery was in the beeping continued. Out of frustration, I hit the “Test” button, heard a very loud extended beep, and then silence — at least from that smoke alarm.

Chirp. It turns out that I changed the battery in the wrong one. The one that was chirping was in another room. This one was too high for a chair, which resulted in us having to go into our storage cage in the condo basement and get a ladder. There was a padlock on our cage — fortunately the four digit code was one of the ones that everyone in the world who knows us knows. Eventually, with the ladder, the new batteries, and some effort I got the chirping to stop.

We have those fancy white smoke alarms that are wired directly into the power of the house. I have no idea why they even need a battery. The first thing they do when they want your attention is to make an unbelievably obnoxious noise. Then, they are about as hard as humanly possible to silence. They generate one emotion: anger.

Not an enchanted object.

In comparison, Nest is trying to make an enchanted object out of their new smoke detector product. After reading the Amazon reviews, I realize this is an all or nothing proposition and after spending $30 on 9V batteries and then changing all of the ones in the existing smoke detectors I don’t feel like spending $550 to replace the four smoke detectors in my condo. Plus, the one I want — the wired one — isn’t in stock. So I’ll wait one product cycle, or at least until the beeping crushes my soul again.

We’ve got a bunch of investments in our human-computer interaction that aspire to be enchanted objects including Fitbit, Modular Robotics, LittleBits, Orbotix, and Sifteo. I’m going to start using David’s great phrase “enchanted objects” to describe what I’m looking for in this area. And while I’ll continue to invest in many things that improve our glass slab world, I believe that the future is enchanted objects.

Brad Feld is a managing director at Foundry Group; this post originally appeared on his blog. Feld lives in Boulder, Colo. and invests in software and Internet companies around the United States. In his spare time, he runs marathons and reads a lot.