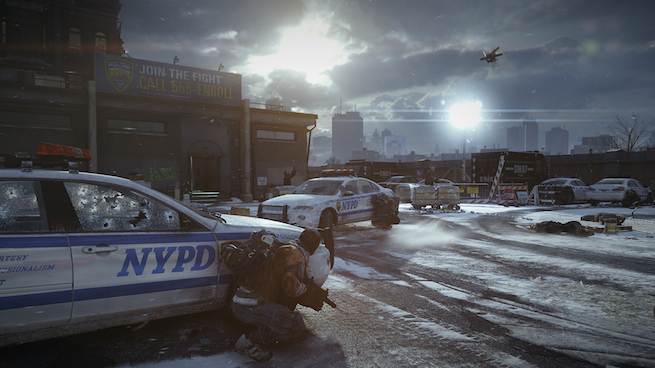 GamesBeat: If you did a PC version, would that be a business decision more than a development decision?

Polfeldt: We were taken by surprise when we saw the community interest in a PC SKU. We had something like 100,000 people signing a petition for a PC version within days after the announcement. Of course, that makes you think. With World in Conflict, we always had a lot of fun with the community. We did a lot of events. We had map-making competitions. We released all our internal tools for movie-making and everything. There was a constant dialogue with the community. It was very inspiring to us as a studio.

I think it’s natural to us, with our heritage — if that many people have that much interest and they’re willing to engage in what we’re doing, that means something to us. I had it in my head that they’re probably right. Probably we should have thought about this from the start. We were just not clever enough to realize that it needs a PC SKU.

We thought, for practical reasons, we should just do next-gen and save a bit of time on the control scheme. We had a sort of narrow-minded engineer’s perspective – this makes sense in the laboratory, so let’s do it. But when you put that in front of consumers, they say, “Oh, come on. Maybe this will take a little more work on your end, but we’re interested in the story you want to tell and the places you want to create.” It seems like we’ve had our heads in the lab too much. 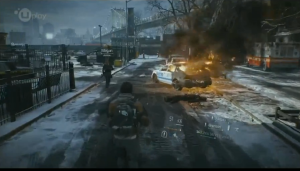 GamesBeat: Did you consider doing a launch title, or was that something that would be too complicated to do?

Polfeldt: No, that wasn’t within reach, considering when we got started and the philosophy we have on the team.

GamesBeat: Do these new consoles seem the same to you, or are there meaningful differences to you as far as performance?

Polfeldt: Not on a technical level. I don’t see that yet. As we get deeper in, when we’re really pushing the envelope on the tech, I think we’ll probably see some differences. Right now, though, they’re extremely similar. It’s a pleasure to work on. I’m optimistic by nature, but I’m unusually optimistic about this generation of machines, because they liberate developers from a number of headaches. We should see a lot of interesting games coming up.

GamesBeat: Did you ever weigh how big of a game to do? You could make a shorter game, or use this efficiency you’ve gained here to make a much bigger one. Were there directions you took because of the way the technology shook out?

Polfeldt: First of all, where we are today with the project and with the technology, we’re in a phase that allows us to be quite flexible. We’re using that to keep more questions open, actually. Before, once you’d made a decision, it was like trying to steer an oil tanker. You had to stick with the decisions you made, even if you realized they weren’t the best ones a few months later. Now, because the technology and the hardware are better, and because we’re more experienced, we’re allowed the luxury of keeping more questions open, because we can adapt more quickly.

One thing we’re constantly debating is quality versus scope. You can add budget as a third factor. Sometimes you want this particular street corner with this particular situation to be absolutely perfect. We pay a lot of attention to detail and that gives us one great street corner. But that comes at the expense of a whole block of interesting things. The next time we realize we need a big five-hour sequence somewhere, so we go for scope in that case, and we try to catch up on quality later on.

With The Division, we’re still debating all these things. It’s a game of give and take between quality and scope. But the game is looking like it’s going to be pretty big.

GamesBeat: With narrative, what directions can you go now that you have more capacity from the machine?

Polfeldt: It’s a difficult question to answer. I might not say it’s because of the machines, per se, so much as the maturity of the engines and the simplicity and ease of developing for next-gen. That allows you to think more about things like narrative. Before, no matter what we wanted to do, it was hard to do. You’d come to work with a great idea and we’d say, “That’s cool, but we have to be pragmatic. What are we really able to do?” We had to compromise to get things done.

With this generation, you have a crazy idea in the morning and we could see it up and running the next day. That puts people in a different mindset. They start thinking, “How do we tell stories in games? Does it have to go gameplay-gameplay-cutscene, or can we do it a different way?” It’s not so much the technology as the liberty the technology gives you, the freedom to think more openly about how to solve different issues.

The same goes for audio. It’s easy to do advanced things with audio. All you need now is a very creative audio director who takes advantage of the fact that it’s a very open landscape of opportunities. 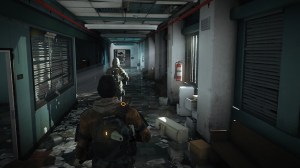 GamesBeat: Did you have any observations based on the games that did come out for the new consoles at launch? It looks like they’re selling well.

Polfeldt: I’ve been one of the biggest believers in this generation of consoles. I never doubted that this generation was going to be successful. A lot of people were nervous about it, about the future of triple-A games, but I’ve always said, “Don’t worry.” These machines are great. From a gamer’s perspective, there’s a built-up desire for something new.

Talking about the games that have been released, the biggest surprise to me was that very few other games have paid attention to narrative and immersion. Those are the areas where we can go further because of next-gen. The first thing you think about, maybe, is graphics – great, we can push more polygons and better effects. But to me, it’s also an opportunity to push immersion and narrative. When I saw the games announced at E3, I was surprised that so many competitors went more for the tech-demo stuff. It’s an area where some people are maybe not taking advantage of the machines and the dev time and the flexibility. It’s a great opportunity to tell stories in a better way and create more immersive experiences.

As an example – not to be too philosophical – one of the ideas we’re working on with The Division is to remove the 2D space between the gamer and the game. Because you can. It’s possible to say, “Let’s have no 2D UI. Let’s remove that invisible layer completely and leave everything in the game or in the hands of the gamer.”

That does require a lot of work. It’s not easy. It puts us in some strange edge cases when it comes to UI. But the machines and the engines have the capacity to do it. The designers have the capacity to do it. We can make the immersion more powerful, if we really set our minds to it. We’ll see a lot of interesting innovations in other areas as well.