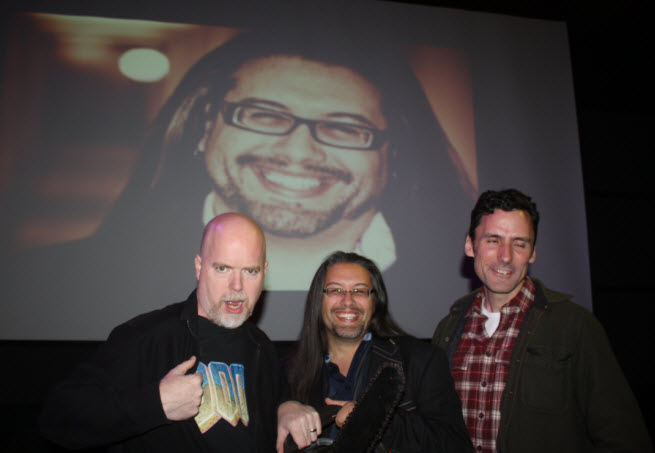 GamesBeat: As far as the direction you took after Doom, what do you think about that? Why didn’t you keep making first-person shooters for the rest of your career?

Romero: Before Wolfenstein, even, we’d made all those little experimental games, in between standard platform stuff. Through the ‘80s, there were no FPS at all. It was just lots of Apple II stuff. So after Quake—Quake didn’t turn out the way I really wanted it to. The gameplay wasn’t what I was hoping to achieve. I thought, “Well, with the next game, I’m going to see if I can do more of what I think an FPS should have in it,” without the big experimental thing that Quake was going to be.

The original idea of Quake was something that was much more experimental. I thought I was going to have backup to do that. But the company was so drained, after all the engine development, that we had to do the thing that got the game out. So we did that. Starting Daikatana, then, was, “Well, I can’t take a big risk with the company that’s going to finance this. I need to make something that they expect.” So Daikatana was an expected shooter design.

I saw the potential in mobile. I went over to handheld stuff. Pocket PC was the first one, and then the GBA and all that. I did that for a few years, and then went to Midway to do Gauntlet. I’d never actually worked on a console game, so that was my chance to run a console game. After that was–

GamesBeat: You tried MMOs for a while, right?

Romero: Yeah. 2005 was the year of World of Warcraft. I’d played Ultima Online, but it was like, “Holy crap, this is unbelievable.” So we started an MMO company, and I was there for five years, working on my own MMO. I’d never done that before, where I’ve had five years working on one thing, and then it doesn’t work out. There’s five years of several games I could have made, instead of trying to make this one. But it was a noble quest. I was trying to make a really great educational MMO for kids, teaching math concepts. Because of technology that was kind of unfixable, and the situation that we were in, we had to stop making the game.

Then I went into Facebook, because Facebook had just blown up. All the big games had come out. Zynga was rising. I made Ravenwood Fair as my first game on social. I stayed in social, and I’ve started to movie toward indie. Brenda and I are doing this whole indie thing. We love Santa Cruz, because we have several indie friends down here that have done really well with indie. Working with UCSC helps us work with students who we hope can become successful indie developers. And if they don’t become successful indie developers, since they can code and design, they can still be successful working for EA or any number of other companies. 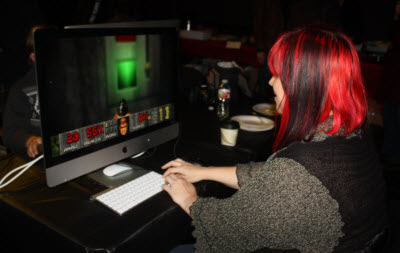 GamesBeat: Do you have any thoughts on id today? It’s in an interesting place after John Carmack left.

Romero: With John gone—it’s a tough situation. The company was defined by its technology. Now it can’t really be defined that way anymore, because the technology is dictated by the video card manufacturers. Everyone has to go through an API. There’s no way around it. That DirectX API is what you go through. It’s a company that’s on a timer, I think.

GamesBeat: Does Doom have something to teach the younger generation here about game development?

Romero: I think so. The team was really small. I think that when people look at Doom, they don’t know the technology that was behind it, because if they were brought up with what’s taught today, they think, “Well, I’ll just use OpenGL and generate the polygons and textures. It’s no problem.” It’s all about levels and design, instead of understanding that this technology didn’t exist. There were no APIs. There were no video cards that did polygons. You did a 320 by 200 bitmap with 256 colors and you had to try to make it go fast on slow machines. It was very hard to make this game.

Even with the technology situation solved today, though, just getting this feel out of a game — the solidity of that feel — is pretty difficult.

GamesBeat: Do you have any tips for young developers today?

Romero: I have some classic tips about what people should do. I get e-mail from people all the time – “I want to get into programming, into game development. How do I do it?” My answer is always, “You need to code.” It doesn’t matter if you’re an artist or a sound guy or whatever. You need to learn how to code. That’s the currency today, the basic currency – coding. If you have an idea, you need to be able to make the idea, and not wait for someone else to do it for you or watch them not finish it.

Do it at home, on your own computer. When you know how to code, then start your own little game at home—after work or school or whatever it is. Don’t try to raise VC money or any of that. Just do it at home, so you own it all. You have your own timeline.

Focus, time, and hard work are what it takes. You talk to any of the 3 Michelin-star chefs out there, or anybody who’s been successful—most people that are successful are not there because they’re crazy geniuses. It’s because they worked really hard for a long time and stayed focused, trying to do better than they did before. People can stay in an industry for 20, 30, 40 years at a low level, because they never push forward. You have to keep pushing yourself to do something that you’ve never done before.