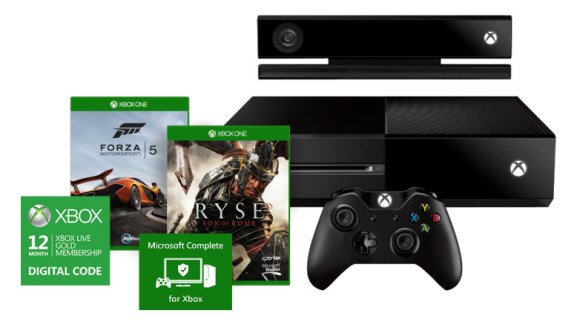 Xbox One is nearly keeping pace with PlayStation 4.

Microsoft is selling an average of 111,111 Xbox One consoles every day, which is a record pace for the Xbox brand.

In the 18 days since Xbox One debuted on Nov. 22, customers have purchased over 2 million Xbox Ones. For comparison, Sony revealed that it sold 2.1 million PlayStation 4s between Nov. 15 and Dec. 3, which also covers an 18-day period. That’s not an ideal comparison, since Xbox One launched in 13 countries on Nov 22, while PlayStation 4 debuted first in North America on Nov. 15 before releasing in Europe and Latin America on Nov. 29.

“We continue to be humbled and overwhelmed by the positive response from our fans,” Xbox corporate vice president of strategy and marketing Yusuf Mehdi said in a statement. “We are thrilled to see sales of Xbox One on a record-setting pace, with over 2 million Xbox One consoles in homes around the world.”

Mehdi confirmed that the next-gen console, which is difficult to find, is sold out at “most retailers.”

“Demand for next-generation gaming continues to be very strong,” Amazon director of video games John Love said.  “At peak demand, customers were ordering the Xbox One console at over 1,000 units per minute on Amazon.com.”

Walmart and GameStop both said that the Xbox One is one of their hottest items and that they are working with Microsoft to replenish their supply.

Mehdi also confirmed that consumers are engaging with digital products through Xbox Live.

“We’re also particularly excited to see consumers engaging in a wide range of games and entertainment experiences on the platform, with more than 1 million paid transactions on Xbox Live to date,” said Mehdi. That figure includes both digital games and online-video rentals and purchases.