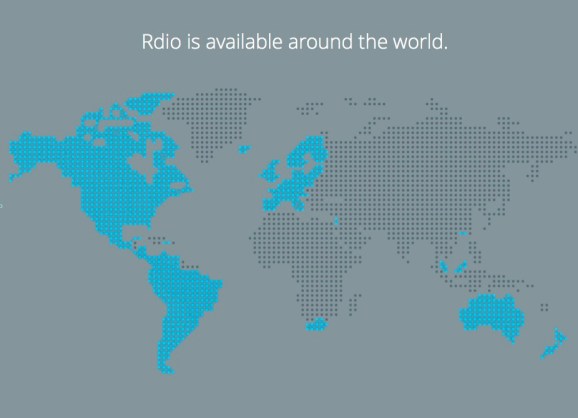 Today’s new international launches are important for Rdio for many reasons, including helping the company increase its total listeners, grow its revenue, and give it a leg up on the crowded market of streaming music services.

Rdio’s new international launches come just as streaming music service industry leader Spotify also expands into 20 new markets, making it slightly more accessible (Spotify is available in 55 total regions compared to Rdio’s 51.) Rdio will certainly want the opportunity to grab new listeners/subscribers before some of its largest competitors set up shop, as gaining a foothold is much harder if there’s already an established presence from rivals. The timing of Rdio’s expanded international rollout was also due to Apple preparing to launch its own music service, iTunes Radio, in additional countries.

Another reason Rdio wants to be in more countries? It needs to make more money to offset the high cost of music licensing fees that plague nearly every semi-popular music startup. Rdio recently laid off some of its employees, including its entire Canadian office. The company is clearly consolidating its operational efforts and focusing more on growth.

But the international push isn’t the only way Rdio is hoping to grow the business. The company recently partnered with Cumulus Media to launch a free, ad-supported Internet radio feature to compete against the likes of Spotify, Pandora, and Slacker. (And that free Internet radio feature is even more important now that Spotify is making its music service available for free on smartphones and tablets.) It’s also spruced up its mobile applications with a cleaner interface and has added new integration with music discovery service Shazam to import a playlist of tagged songs to your Rdio account.