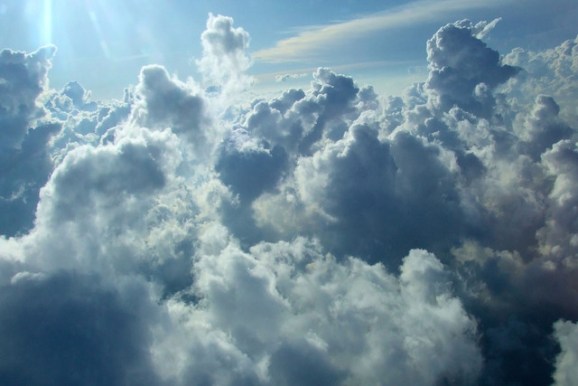 Beleaguered hardware maker Dell, which has gone private and changed direction in its cloud strategy as of late, appears to be stabilizing its stance as a multi-cloud player instead of a standalone alternative to public-cloud gorilla Amazon Web Services.

Multiple announcements coming out of the Dell World conference in Austin, Texas, today suggest the company is trying to get ahead and stay relevant in cloud conversations, by partnering with other big cloud infrastructure providers and software vendors. Case in point: Dell’s new $300 million fund for enterprise startups, which could bring more innovative talent and technology into Dell’s realm.

Dell is one of a few old-school technology companies reworking themselves as cloud computing becomes more popular. HP, IBM, and Oracle are all playing out dramas of their own.

As for Dell, its new deals got mixed reviews from analysts. The partnership between Dell and Red Hat the companies announced today “is transformative to enterprise IT private cloud deployments,” technology analyst Patrick Moorhead of Moor Insights & Strategy wrote in a research paper. That offer gives Dell a boost among IT shops interested in open-source software, he wrote.

Cloud computing analyst Paul Miller appeared less impressed. The new arrangements could net Dell “small up-tick in sales,” he wrote in an email to VentureBeat. He added that the announcements also suggest renewed commitment to hardware sales from major buyers.

In the grand scheme of things, though, they might not land Dell in the league of the biggest and most closely watched public cloud providers.

For now, the company is getting cloud-watchers to think more about Dell. So — on with the announcements.

The first big step forward for Dell comes in the form of a closer partnership with Red Hat, which sells subscriptions to Linux-based software for servers. Like other companies, Red Hat wants to become a go-to provider for OpenStack open-source cloud software. Now it will be able to grab revenue by having Dell sell a version of OpenStack on its hardware and provide consulting. The press release on the deal says Dell is the first company to sell Red Hat’s flavor of OpenStack.

Dell named CenturyLink a member of its cloud partner program and said Google will join next year. The Dell Cloud Manager will work for those public clouds, too.

All of these announcements have the net effect of expanding Dell’s ecosystem of cooperating public clouds. Other “trusted partners” of Dell in the Infrastructure-as-a-Service (IaaS) market include Joyent, Peer 1 Hosting, ScaleMetrix, and ZeroLag.

On hardware sales, the new partnerships could drop Dell in a healthier place.

As with IBM and Oracle, Dell’s worldwide server revenue fell in the third quarter of the year, according to data from IDC, even if Dell market share did go up a bit.

The general theme over the past couple of years is for cloud providers to buy up servers in big batches in order to provide cloud services to many smaller companies, and that trend has benefited server makers such as Quanta.

IDC lumps Quanta-like companies in a category called ODM direct, which indicates companies that are not name-brand original-equipment manufacturers (OEMs) that offer support, such as Dell, but instead those that have historically made servers and other hardware on behalf of OEMs. Big cloud providers likely go to these ODMs.

And in the third quarter of this year, IDC reports that ODM revenue growth is up 45 percent. Dell’s revenue fell 6 percent. Small wonder Dell is hustling in different directions and stay on top of the cloud.

To be fair, Dell took in much more than the ODMs in whole numbers — $1.96 billion to their $783 million. But the take-away is ODMs are growing their cloud revenues fast, pushing legacy server-makers to change their approaches.

That’s why it makes sense for Dell to try going in new directions with all these partnerships.

Stu Miniman, an analyst at Wikibon who covers virtualization, storage, and networks — all critical for cloud infrastructure — thought Dell could be in a good position to be a sort of arms supplier for public clouds.

“If any of the traditional enterprise guys have a shot at helping the suppliers of some of these clouds, Dell could be there,” he said.

Then again, there’s the temptation of going with a potentially less expensive ODM-style vendor. “Why wouldn’t I buy similar stuff from the Taiwanese?” he said.

Still, some companies look for the more involved relationship available from companies like Dell. Financial services companies, for example, could still be in play for Dell, Miniman said. So it’s not as if Dell’s hardware revenue has been vanishing under its feet.

At the end of the day, though, even if Dell can secure more revenue by working with and selling to cloud providers, Miniman doesn’t think of Dell as now being solidly a competitor to public clouds from Amazon, Rackspace, Microsoft, and Google.

Instead, Dell appears to be positioning itself as a necessary management tool for deploying in such clouds. The unforeseen factor is whether that direction will result in major hardware and software sales growth and better profitability. Companies actually building and growing their clouds will be the ones to determine that.