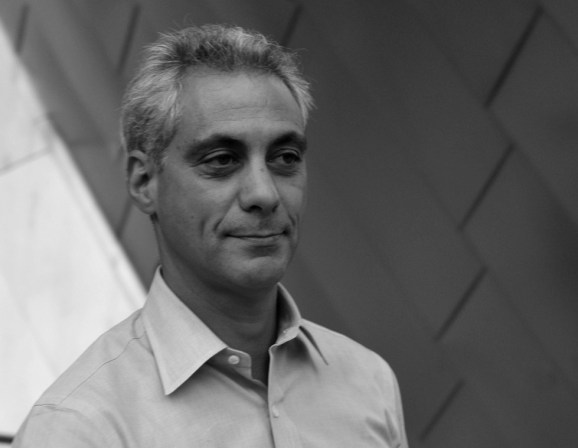 Mayor Rahm Emanuel said the plan will help U.S. students compete with China and the UK

Nine out of 10 schools don’t offer coding classes, according to nonprofit organization Code.org.

That number is slowly changing, with school districts realizing potential employers and universities are aggressively recruiting students with computer science skills. Fourteen states have now elevated computer science to a core subject instead of an elective.

In conjunction with Computer Science Education Week, Chicago laid the groundwork to become the first urban school district in the country to add the subject to its elementary core. In the U.S., Los Angeles and Chicago are among the first cities to make firm commitments to computer education.

“This plan will help us compete with countries like China and the UK, where children take coding classes in elementary school,” said Chicago Mayor Rahm Emanuel in a statement to the press today.

Emanuel added the plan was Chicago’s way to “help support the next Bill Gates, Mark Zuckerberg, and Marissa Mayer.”

Chicago Public Schools (CPS) is partnering with Code.org and a number of other coding education startups. Emanuel and CPS chief executive Barbara Byrd-Bennett revealed plans earlier this week for every CPS student to take a foundational course called “Exploring Computer Science” within the next three years. The program also includes a computer science pathway for elementary students (K-8) and a graduation requirement for computer science.

That Exploring Computer Science course was originally developed by the Los Angeles Unified School District in 2010 and has proven to be a popular model.

The city is kicking off the initiative this week by organizing an Hour of Code event in partnership with Code.org, Codecademy, and the Starter League. With more than 20,000 students taking an hour-long coding class, Chicago has the most students participating of any school district worldwide.

“We are excited to provide every Chicago student with access and tools to gain the skills to do the jobs of tomorrow,” said Zach Sims, co-founder of Codecademy, in a statement on the news.

The new initiative is not without its critics. According to the Chicago Sun Times, the Chicago Teachers Union is concerned that the lack of computer equipment will hold students back. Chicago may respond by following in Los Angeles’ footsteps. L.A. schoolchildren received free iPads and lightning fast Internet from Google Fiber.

Hadi Partovi, founder and chief executive of Code.org, said he’s heard these kind of objections before. One option is to teach computer science theory without computers. Another is to use what we have — according to Partovi, most schools have adequate resources to teach some sort of computer science curriculum.

“Many [schools] could benefit from upgrades, but this isn’t a hurdle that should come in the way of giving our children access to a foundational 21st-century course,” he said.