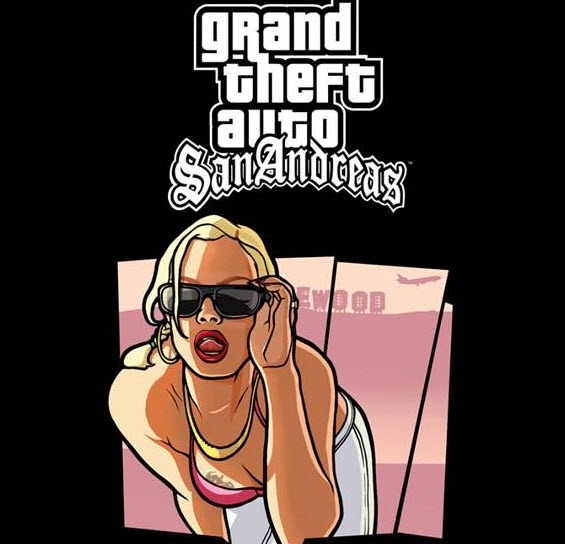 The $6.99 game comes just in time for the busy holiday-software-release season. It is one more example of how video games from past generations are now being converted to run on smartphones and tablets without any loss in graphics quality (except for the smaller screens).

GTA: San Andreas has a big, open world covering the fictional state of San Andreas and its three major cities: Los Santos (which appears in GTA V), San Fierro, and Las Venturas. It has more than 70 hours of gameplay and has received several technical upgrades for the iOS version, including touchscreen support. In the story, Carl Johnson escaped from the pressures of gang life, drugs, and corruption in Los Santos, then returns home in the early 1990s and finds everything in chaos. His mother has been murdered, and his family has fallen apart. He gets framed for murder — then the shooting and driving mayhem start.

Additions include remastered, high-resolution graphics with lighting enhancements, an enriched color palette, and improved character models. It has dynamic, detailed shadows and real-time environmental reflections for the iPhone 5 and up and the iPad 4th generation and up. It includes physical controller support for all made-for-iOS controllers. It has cloud saving for Rockstar Social Club members, dual analog stick controls for full camera and movement control, and three different touch-control schemes with customizable controls.