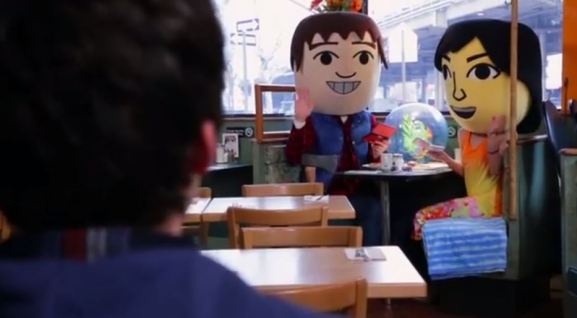 That Wyoming StreetPass is finally within your grasp starting today because it is National StreetPass Weekend.

Nintendo previously announced that it was holding the first ever National StreetPass Weekend on Saturday and Sunday. The early response was so large that the company actually decided to start it a full day early.

This event is all about getting 3DS owners out and about and StreetPassing with each other. StreetPass is the built-in feature on Nintendo’s handheld that exchanges a tiny bit of data between passing 3DSes. Players can see what people they passed in public are playing and they can even send gameplay data to StreetPass-enabled games.

For example, when two people playing The Legend of Zelda: A Link Between Worlds, they can send shadow versions of their character to the other persons game. The player can then challenge that shadow Link to a fight.

“We’ve got over 20,000 Nintendo Zone locations across the United States and Canada,” Nintendo of America spokesperson Bill Trinen told GamesBeat. “You simply need to turn your 3DS on and carry it with you in sleep mode. As you’re out running your errands, doing your last-minute holiday shopping — like me — or maybe you’re going to see the premiere of The Hobbit, you might swing by a Starbucks, McDonald’s, or a Best Buy — or any of the other Nintendo Zone locations — and when you do that you would then pick up Street Pass data for up to six people who previously stopped at that Nintendo Zone.”

That’s how it always works, but Nintendo is mixing things up for the National StreetPass Weekend. Starting today, when you go to a Nintendo Zone, you won’t just get StreetPass data for people who attended that specific store. Instead, Nintendo is going to send data randomly around the country so people can StreetPass each other from all around the 50 states.

“We want to make sure that here in America, where the population isn’t quite as dense, people get an opportunity to exist the fun of the StreetPass games,” said Trinen. “What we want to do is, instead of forcing people to establish a new routine to serve StreetPassing, we want to find ways to fit StreetPass into their everyday lives as it exists now.”

With National StreetPass Weekend, Nintendo expects a few people to pick up SreetPassing as a hobby for the first time, but this event also serves an extra purpose. When Nintendo fans head out on one of the last shopping weekends before Christmas, they are greatly increasing the likelihood that other people will see someone playing a 3DS. That could generate a bit of extra buzz — and then potentially extra sales — as people pick up last-minute gifts.

“That’s a definitely a side benefit,” said Trinen. “If people are going to be buying the 3DS system, obviously we want them to be playing it, and we want to reward them for carrying it around with them.”

This weekend, if you’re out at Starbucks or the movies hoping to fill in some squares on your StreetPass map (as you meet players from each of the states and other countries, StreetPass lets you know by filling in a map), you’re also out helping Nintendo with a grassroots marketing campaign.

If this event goes well, Trinen says Nintendo might consider doing more StreetPass weekends. They might even make the next one a global event. Finally, I could possibly fill in Slovakia.