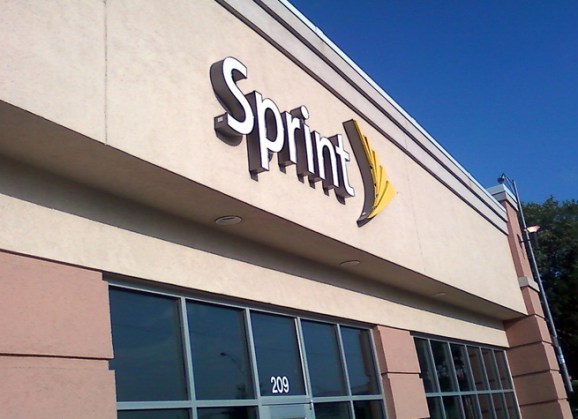 The facade of a Sprint store. They're still everywhere.

Sprint is mulling a $20 billion-plus acquisition of T-Mobile US, if you believe the rumors.

The potential acquisition, reported yesterday by the Wall Street Journal, would combine the current #3 and #4 wireless carriers (by revenue) in the U.S. The combined entity would still be #3, after Verizon and AT&T Wireless, but it would theoretically be in a stronger position to compete with its bigger rivals.

The rumor was enough to send T-Mobile’s stock up by 8.6 percent yesterday, its biggest one-day jump in a year, Bloomberg reported.

And it makes perfect sense … until you start considering the particulars.

First of all, there are regulatory concerns. AT&T tried to buy T-Mobile less than two years ago, for $39 billion, and was ultimately shot down by the U.S. Justice Department. Justice’s concern: So much consolidation hurts competition, and that tends to drive up prices for consumers.

T-Mobile merged with MetroPCS earlier this year, and Japan-based Softbank now owns 80 percent of Sprint, so there’s already been a lot of consolidation this year. Taking those players and mashing them together is unlikely to look good to regulators who cast a jaundiced eye on a similar merger a couple years ago.

Second, the wireless technologies underlying the two companies are quite different. Sprint is still running on a CDMA network, like Verizon’s, while T-Mobile’s network is based on GSM and HSPA+. Phones from one type of network won’t work on the other, and vice versa. That means Sprint and T-Mobile would have a massive integration problem. The combined entity would be running two totally separate network technologies, with completely separate handset lines, for some years. It would gain no immediate advantage from combining the networks, other than combining the revenue streams and marketing budgets.

Third, regulators or not, the two companies are in the process of being wiped out by their larger rivals. It’s not clear that tying together two losers is a good recipe for making a winner in this market. Both Sprint and T-Mobile have been losing customers for years, as AT&T and Verizon have scooped them with their larger networks, faster technologies, and more aggressive marketing. A combined Sprint and T-Mobile would still be well behind both of its rivals.

Together, Sprint and T-Mobile would have about 53 million postpaid (contract) customers, according to the WSJ, compared with AT&T’s 72 million and Verizon’s 95 million.

Bottom line? This merger may be an interesting transaction from the financial markets’ point of view. But it’s unlikely to reach completion given the regulatory, technology, and market hurdles facing it. And if it does, somehow, manage to come about, it’s only going to buy Sprint and T-Mobile a little time at best.