Above: Trip Hawkins’ new startup If You Can gets its name from a poem.

Why IF … matters to educators

With the onset of George Bush’s No Child Left Behind, the focus in education has shifted to the basics like math, science, and reading. Budgets are smaller for other things like SEL. The police teach it through the DARE program. Churches teach a kind of SEL, but these lessons are religious in nature. They’re secular life skills.

“If you model real-world situations for them, maybe the behavior will kick in when they are in real life,” Hawkins said.

Attitudes about SEL got a boost after Daniel Goleman published his book, Emotional Intelligence, in 1995. The cost of neglecting SEL can be serious, as the spate of school shootings and cyberbullying suicides across the country have shown us.

“People are worried about suicide, bullying, and cyberbullying now,” Hawkins said. “They have caught on now that SEL is vital. What we’re trying to do is use game technology in a new way.” 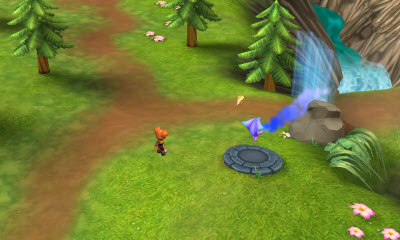 Above: IF … trains your character how to work with a Vim.

Hawkins believes the iPad is the perfect device to reach kids in this age group, and he thinks a game will hold their attention as an educational tool more than any type of classroom teaching. But he has consulted with social and emotional learning (SEL) experts, including Janice Toben, who taught Hawkins’ four kids at the private The Nueva School in Hillsborough, Calif., and also created the Institute for Social and Emotional Learning. Hawkins’ advisors include Toben; Roger Weissberg, CEO of CASEL.org, another SEL nonprofit; Marc Brackett and Robin Stern of the Yale Center for Emotional Intelligence; and Fred Luskin of Learning to Forgive and a consultant on dealing with stress at Stanford University.

“Social and emotional learning is the deepest aspect of education,” Luskin said in an interview. “What Trip is trying to teach is more positive social behaviors, like how to have more self control and patience. To teach them to choose the right kinds of responses.”

Luskin added, “The schools are not teaching this, but kids are being taught these things anyway as they live. The question is to what degree these qualities can be learned and maintained through a game. Gaming has value because it conveys visual, motor, and language lessons.”

But the game won’t work miracles. Luskin and Hawkins said that games can do their part, but other things in kids’ lives are important, such as parents, siblings, friends, and teachers.

“There’s been a push for a long time … to teach SEL in public schools,” Luskin said. “I have been approached by a lot of people to do emotional games. Clearly, the stuff that Trip is doing has the most legs of any I have seen.”

In an email, Stern concurred. “Trip Hawkins and his team have created IF … as an emotionally intelligent alternative to ‘shoot-em-up’ adventure games. The appealing design and characters, as well as the fantasy play, entreats kids into a world where curiosity, boldness, kindness, perseverance, and respect are the currencies used, and emotional skill development is the way to exchange that currency.”

Stern believes that parents will learn alongside their kids in IF … and start important offline interactions with them.

“IF … is meeting kids where they are: online,” Stern said. “More than that, IF … offers a compelling interactive environment to engage their hearts and minds.”

Weissberg agrees that this possibility is an exciting one. His organization – the Collaborative for Academic, Social, and Emotional Learning (CASEL) – is currently working with hundreds of schools across the U.S. to implement research-based SEL programs. He would like to see schools and families support and reinforce the social and emotional skills that children learn from games.

“Parent-teacher-gaming partnerships could be a very powerful way to educate children to be knowledgeable, caring, responsible students, workers, and citizens,” Weissberg said. 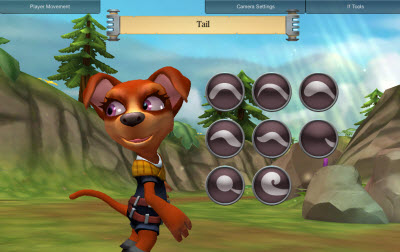 Above: IF has a character builder.

A personal odyssey for Hawkins

Hawkins became familiar with SEL not only through taking an active part in his kids’ education. He also went through his own emotional rollercoaster. Hawkins founded EA in 1982 and turned it into a juggernaut of the game business. He left in 1991 to start his own game console at 3DO. The system launched in 1993, but it failed.

Next, Hawkins started the mobile game company Digital Chocolate and, as a result of a big tax battle with the government, went through extreme financial difficulties that left him much poorer.

Those lessons have left their scars. But Hawkins keeps trying new businesses and putting a lot of heart into them. He isn’t just out to make a buck anymore. He wants to make a mark.

He knows that the game will be a hit only if parents see it as educational and kids embrace it as fun. This formula for success goes back years to titles such as Math Blaster by Davidson and Leapfrog’s games for early learners. But Hawkins hopes to build something much more ambitious, a mythological world with a great deal of complexity around its emotional decision making.

Pixelberry is teaching the same kind of anti-cyberbullying lessons in its own game, High School Stories. And EA is co-sponsoring GlassLab, which recently released a modified classroom version of SimCity that teaches kids how to manage the environment.

“Today, every kid gets bullied,” Hawkins said. “Cyberbullying is growing. It’s driving youths to commit suicide. If you happen to be a bully, the redemption of a bully is something you can learn. Both victims and bullies can play a game like this. I don’t think being a bully makes a bully happy. With tragedies like the shooting in Newtown, Conn., there was alienation in both directions. Students were alienated from a boy, who then felt like an outsider.”

It’s not just about saving a kid from a bully.

Hawkins takes his task very seriously. A few years ago, he decided that his own generation wasn’t going to fix global warming because it was too materialistic and not compassionate enough. He felt guilty that he would leave the world in worse shape than when he got it. The missing piece is SEL, which teaches compassion.

It took many years for Hawkins to come to this conclusion, and that finally spurred him to create If You Can and IF …. 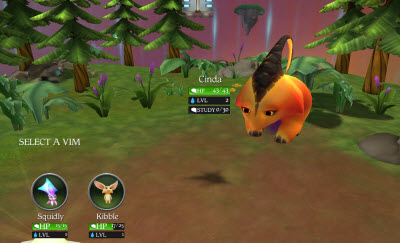 Above: IF training battle with a Vim.

Is it really going to be fun?

This is a heavy burden to put on any game. All that IF … really has to do is entertain a child. If it can do that, then the goodness of its lessons will follow. If it fails on that front, then it will have no impact.

“The academics have fallen flat because they didn’t have the fun,” Hawkins said.

Hawkins has clearly put a lifetime of learning into this startup. He has assembled an interdisciplinary team of gaming and educational experts to make the project better.

One of the co-founders is Stewart Bonn, who was one of the earliest employees at EA. Another co-founder is Martyn Jones, who worked at Mind Candy. Ben Geliher, who was the lead game designer on the successful kids title Moshi Monsters, has also joined the team, as has Jessica Berlinski, a national director of character counts.

Hawkins says each one of them brings something special to IF …, and the academic advisors have directed the team to pay attention to how it could be used in a class. The game will have metrics that will help teachers assess whether a child is really learning a certain curriculum or not.

But the point of the metrics isn’t to bombard the kid or the parent with advertising offers to buy stuff or to monetize the experience in a better way. And the game won’t blast the kid with a gamification layer, since the motivation to play is best if it is intrinsic — or something that comes from internal motivation, not external motivation.

Hawkins and his co-founders kicked in their own money and raised seed funding from angels. They have more than 20 people, with many of them based in London.

The company’s name comes from a Rudyard Kipling poem that intones, “If you can keep your head when all about you are losing theirs and blaming it on you….” The point is that if you embrace social and emotional learning, you’ll really become an adult.

“We believe that we can affect real world behavior,” Hawkins said. “We’ll start with the younger kids. But over time, they’ll grow up, and so can our content. I’ve spent 20 years as a parent, and I feel like this is my 20-year research project.”