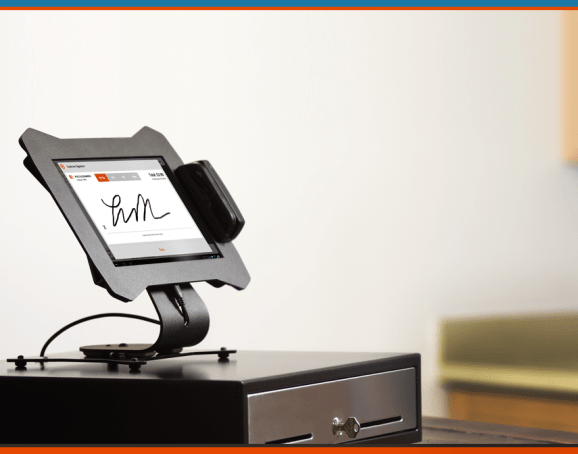 Reports that the e-commerce giant bought the startup have been making the rounds in a couple of Italian news sources. Chief technology officer Vincenzo di Nicola spoke with two different newspapers, as noted by The Wall Street Journal, about the deal. He did not reveal any information about the terms of the deal.

GoPago creates point of sale systems that fit over your smartphone or your tablet. They help small businesses more easily accept credit and debit cards by connected to an app that does all the payments processing for the cashier.

GoPago attempts to separate itself from competitors such as Square, PayPal Here, and Intuit’s GoPayment by offers a fuller solution that includes the app, a tablet, the credit card reader, a locked cash box, a printer, and insurance for the whole thing.

Square and the like focus more on the mobile purveyor and provide just a credit card reading dongle that connects into your phone or tablet’s audio jack.

Usually, the business would pay a percentage of the transaction to the payments provider, but GoPago instead has set up a subscription fee of $69 a month for the set up.

The purchase could be used to help Amazon develop its own mobile point of sale unit to compete with Square, as TechCrunch speculates. The company has been rumored to be creating its own POS. If the news is true, it is unclear whether GoPago employees will be absorbed into Amazon as well.