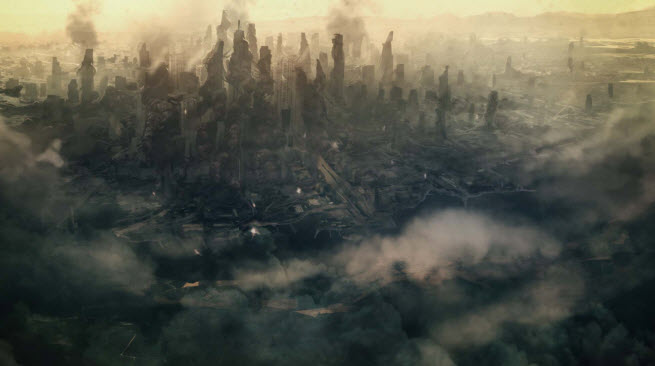 Above: Scene from cinematic for Halo: Spartan Assault. It’s bleak for humanity.

GamesBeat: Are the co-op missions divided into chapters as well?

Ellis: No. While the campaign has five chapters of five missions, the co-op missions don’t have a story that runs through them. Each one is its own little scenario that you can play any time.

Ellis: The co-op gameplay is definitely about trying not to be overrun by the Flood. Some missions are defensive. Others do require players to explore the map and achieve objectives.

GamesBeat: Can you think of an experience that resembles this kind of co-op game? Is it similar to something like the endless co-op play in Halo 3?

Ellis: It’s similar to some things you’ve seen before in FPS games, where wave after wave of Flood are crashing into you, and it’s all about crowd control and maintaining your space. Then you seek out those priority targets, the combat forms of the Flood, and killing them before they get close or deal more damage from a distance. It’s more of that frantic experience you find when you encounter the Flood in the other games.

GamesBeat: Do you have split-screen for the co-op in addition to remote play?

Ellis: At the moment, the co-op is Xbox Live only. 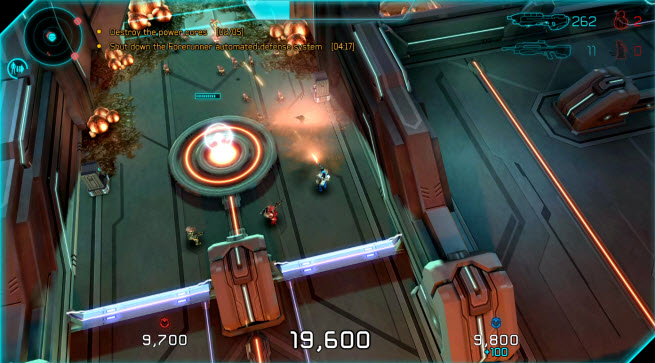 GamesBeat: What are some of the challenges you’ve had to face doing this? Were there technical limitations that kept the game from supporting more than two players on Xbox Live, or was that a design choice?

Ellis: When we started out, we wanted to have the right balance and blend and pace of gameplay. The more players you add to that, the more firepower the player team has, it affects that blend. We wanted to make sure we were able to render enough enemies on the screen that it really felt like a frantic fight for your life.

GamesBeat: Did you use the same team for this, or did you change teams?

Ellis: The console version of the game is once again made by a collaboration between 343 Industries and Vanguard Games in the Netherlands. Between our two teams, it was the same people.

GamesBeat: So it didn’t necessarily require a change in the skill set, making the mobile version versus the console game?

Ellis: The games have a lot of the same values. A lot of the building blocks of the core gameplay are the same. It was just a matter making sure that this version of the game was appropriately native to the console. We went in and looked at as if it was a console game from the ground up, and evaluated what changes needed to be made to make it a successful console shooter.

GamesBeat: Do you think it’s harder? Which version would you say is more intuitive or easier to play?

Ellis: It depends on your experience and where you come from as a game player. We’ve tried to tune the game so that no one version is easier or harder to play. People coming from a console background will probably be happier with a game pad in their hands.

GamesBeat: Are there in-game transactions of any kind in the console version? Can you buy things?

Ellis: Yeah, it’s essentially the same game as the mobile and PC versions. Players can earn XP in order to unlock things in the world – weapons, armor abilities, boosters. They can also shortcut that using credits instead of XP. But there’s no paywall hiding any content. Players can level their way to anything with XP.

GamesBeat: How much is this one going to cost?

Ellis: I believe it’s $14.99 for the console versions of the game. For someone who’s a previous customer, though – if they bought an existing version of the game – it’ll be $4.99.

GamesBeat: It seems like this kind of game would still be easier to play with a controller, as far as gameplay goes. Do you have any opinion on that, as to where it feels most natural to play the game?

Ellis: I’d say each version of the game is tuned to the platform it’s created for. We try to have a level playing field across all of them. It just depends on where you’re used to playing as a gamer and what you particularly like. If you’re a casual gamer who’s never experienced playing on a console, you might be happier with the phone or tablet versions. A PC gamer would be more comfortable with a keyboard and mouse. Our console fans should be very happy with the controller. 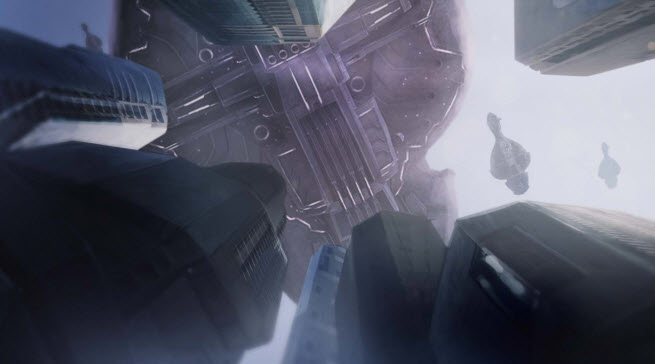 GamesBeat: There aren’t that many parallel games on mobile, though. Maybe Gun Bros is a good example of something that’s done well there. But it seems like the shooter category is just too hard to do on mobile, using a touch screen. I don’t know anybody who likes playing shooters on mobile first and foremost, without one of those Bluetooth controllers.

Ellis: It’s a challenging prospect. When we working on the touch versions of the game, we put a lot of time and effort into making the touch controls as good as they could be. Behind the scenes, we’re playing a lot of little tricks. There’s a certain amount of aim assist to help players.

We’re very proud of the adaptive control scheme. You could put your thumb down on either the left or the right side of the screen for either stick, and the actual sticks would follow you around the screen, so you weren’t confined to the bottom corners. We also reduced potential fears of being run off the screen onto the bezel.

GamesBeat: With the touch screen, you still tend to have more of those mistaken touches. Is that something you tried to address in the design? People accidentally making contact with the screen that they didn’t intend.

Ellis: As I say, we did a lot of little investigations into the kind of things that happen to people while they play these games. We tried to put as many solutions in place as possible. The adaptive controls really did reduce the potential for people making mistakes.

GamesBeat: If you look at the opposite problem, if someone goes from the touch screen and doesn’t know a controller well, is there something you’ve done for them to make the Xbox One experience easier to learn?

Ellis: Each version includes a tutorial level that players can go through before they get into the action. That takes them through all of the controls and all of the conventions. It teaches them some core Halo conventions, like how regenerative shields work.

Ellis: I guess it depends on how you want to define hardcore. This kind of shooter was hardcore at one point. In the early ‘90s, these frenetic shooters were the most hardcore games out there. It’s just a different experience, compared to the Halo FPS games. We think we’ve created a game that looks like Halo, sounds like Halo, and plays like Halo. We see it as another part of the Halo universe.