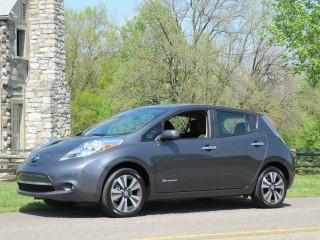 Together, Jeffrey Kaffee and Olivier Chalouhi became the first of roughly 160,000 U.S. drivers to date who have bought modern, mass-market plug-in electric cars.

A lot has happened since then.

No fewer than 15 different cars that plug in are now on sale in parts of the U.S., with more on the way.

The three electric cars selling at the highest rates have remained the same for 18 months; they are the Chevrolet Volt, Nissan Leaf, and Tesla Model S.

A fourth car, the Toyota Prius Plug-In Hybrid, sells at a slightly lower average rate but has been on the market longer.

The Nissan Leaf is now assembled in Tennessee, with production ramping up, courtesy of a Department of Energy loan that Nissan is paying back. 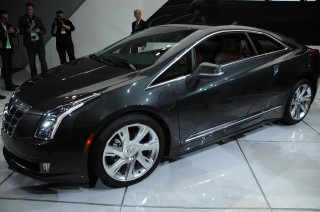 The Voltec powertrain in the Chevrolet Volt has spawned another model, the 2014 Cadillac ELR, which goes on sale next month.

And the Tesla Model S, the longest-range battery-electric car in the world today, has turned out to be a sleek, elegant, reliable, and desirable luxury sport sedan from the company many doubted could manage to put such a car into production.

After three years and 160,000-odd cars, both buyers and carmakers know somewhat more about plug-in cars than they did at the start.

Here are a few thoughts on what automakers, buyers, drivers, and even the media have learned–or should have–during those years.

(1) There is no one electric-car buyer

Research done several years ago at the University of California-Davis identified at least four different motivations that would lead someone to consider buying a plug-in car, whether all-electric or a plug-in hybrid.

They were the desire to be the earliest adopter of cool new technology, desire for a greener and zero-emission vehicle, concern over U.S. energy security, and the potential for lower lifetime costs.

And talking to any group of plug-in car owners underscores this point. People buy electric cars that run on grid electricity for different reasons.

One of the insights shared by General Motors and Tesla is that even if most people drive less than 40 miles a day, they won’t buy a car with that limitation.

The Tesla Model S is offered with EPA-rated ranges of 208 or 265 miles; no other battery-electric car has more than half that range.

And the Chevrolet Volt uses a gasoline range extender to offer essentially unlimited range beyond its 38-mile electric range. As it turns out, about two-thirds of all miles in Volts are covered on grid electricity, not gasoline–but the range extender removes the range anxiety.

(3) Behind the wheel, electric cars are simply nicer

To get people to buy plug-in cars, as the saying goes, you simply have to let them drive plug-in cars.

The letting-people-drive-electric-cars issue–also known as “getting butts in seats”–has proven to be a big challenge for carmakers unused to explaining radically different ideas about how to “fuel” a car. 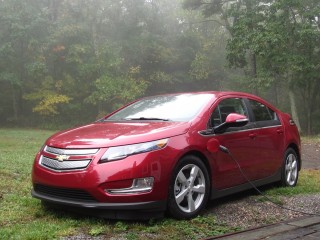 (4) Most electric cars will come from existing automakers

Tesla Motors gets lots of coverage, and lots of attention.

Its CEO Elon Musk is sometimes compared to the fictional superhero Iron Man, it has produced a sexy, powerful, and popular battery-electric sport sedan, and it has very big plans to become a major automaker.

But Tesla may be the example that proves the rule that most automotive innovations are rolled out by large global makers. It’s the sole startup still offering cars on the U.S. market today; Fisker, Coda, and others didn’t make it.

Logically, one of the biggest worries when considering an electric car is whether the batteries will last. We know, for instance, that climate can play a role in reducing battery life.

They’re warranted against failure for either eight years/100,000 miles or 10 years/150,000 miles, depending on what state you live in.

More data is needed, of course, but that will come with time. 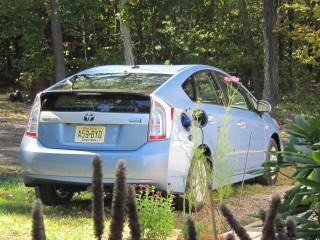 The first example of any automotive technology is necessarily primitive.

Carmakers no longer sell cars and expect their buyers to do the last steps of quality control–with the possible exception of some new in-car infotainment systems–and the current crop of plug-in cars is impressive in how much like “real cars” they actually are.

But down the road, today’s Leafs, Volts, and Model Ses will seem primitive. Ten or fifteen years from now, mass-priced battery-electric cars with 200 miles of range will be commonplace. GM even says it’ll launch one by 2017–and so does Tesla.

With the price-performance of lithium-ion battery cells improving by something like 7 percent a year, costs won’t come down immediately.

But five to eight years from now, plug-in cars will be less expensive, they’ll cover longer ranges, and they’ll be far more common than they are today.

What will the next three years of plug-in car sales bring?