Steve Newcomb wants touchscreen user interfaces for mobile web apps to be beautiful with enhanced 3D graphics. The chief executive of Famo.us is releasing what he calls “jaw-dropping demos” today of what he has in mind for his platform technology, which takes advantage of the WebGL protocol. 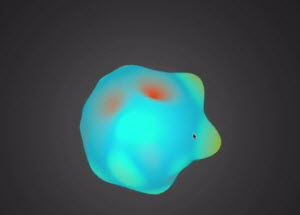 The demos of the Famo.us front-end framework show how developers can incorporate 3D graphics in mobile web app that doesn’t slow down to a crawl on a smartphone or tablet. The reason this is possible is because mobile web browsers are about support the WebGL format by default. WebGL is the web’s equivalent of native support for Open GL, the open 3D graphics standard that enables a device to take advantage of the built-in 3D graphics hardware in the device.

Most smartphones and tablets now come with 3D graphics hardware that could run a PC game from just a few years ago. That means they’re more than capable of running 3D graphics in a web app.

In the past, formats such as HTML5 ran slow on smartphones and tablets because they required more processing power than a machine had in its central processing unit (CPU). With WebGL, an app can tap the graphics processing unit (GPU) in addition to the CPU. The result is what you see before your eyes in the demos embedded in this page.

That, in turn, will enable developers to create apps that will be visually richer than the relatively primitive user interfaces that are available today. This moment in time will be similar to the significance of when web browsers began to support JavaScript on a few years ago. The result was the rapid rise of JavaScript in web-based programming environment.

“There was a time when JavaScript was turned off because of security reasons,” Newcomb said. “The browser companies got together and fixed those problems. Now JavaScript is its own ecosystem. Javascript is now the most widely known, used, and taught programming language in the world.

“We are standing right on that edge where it is about to happen for WebGL. Three of the four browser companies have it turned on.” 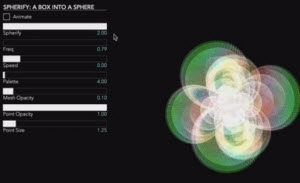 WebGL lets you render graphics on par with native graphics. Famo.us has made it easy for developers to embrace WebGL and build apps that take advantage of its cool features. In the demos, the web apps are rendering millions of triangles, or 3D basics, in cool-looking graphics. In the past, it was very difficult to achieve such features without Famo.us, Newcomb said.

The environment is free and available as open source. It is a platform made to build apps and games in JavaScript, WebGL, Canvas, and HTML. It should work on any device with a browser over time.

For the revolution to be complete, device makers have to turn on support for WebGL in the devices that they sell. The Google Nexus 5 devices all come with WebGL turned on, and others are following suit.

Only Apple’s Safari has yet to support WebGL, and that is expected to come soon.

Famo.us has made its demos available via Codepen. Famo.us has 10 employees, and it has raised more than $4 million from investors, including Samsung and Javelin Venture Partners. Newcomb said 70,000 developers are awaiting entry into Famo.us’ beta testing.

Check out the user interface examples below. They resemble the touch interface that Tom Cruise used in the film Minority Report. The neat thing is that this 3D interface is completely browser-based and it requires no plug-ins or clunky HTML5 coding. Newcomb says his small team found a clever way to engineer 3D capability into a web browser without all of the usual problems.

Newcomb has an interesting background. He cofounded Powerset, the search company that Microsoft acquired in 2008 for more than $100 million. Powerset became Microsoft’s Bing search engine, but Newcomb left to consider his next big thing.

Rivals include companies Game Closure, Ludei, and others. Here’s links to Famo.us videos below. 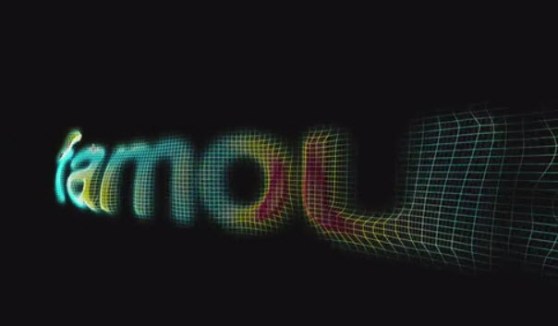 Above: Famo.us makes it easy to render in WebGL.