Developing a great free-to-play hardcore social strategy game isn’t easy. It has to appeal to an experienced audience that knows what it wants while also managing to remain consistently fun enough to draw players back each day for months (or even years) on end. So how do you do this? How do you keep a game alive and engaging for that long? In the end, what will keep your players returning day after day?

Much of the success of hardcore strategy titles is due to the ways in which developers approach these questions, which can be boiled down into four key elements: employing an ‘open-world’ game structure; maintaining a persistent, real-time format; using an open-ended narrative for game environments, and – most importantly – leveraging the social aspects of gameplay to foster a highly engaged player community. 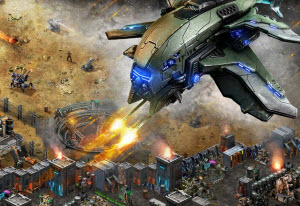 An ‘open world’ in a social gaming context means pretty much what it does everywhere else – that after learning the basic rules, you’re free to venture out in any direction and proceed through the game’s many features in any way you choose.

You can add your own twists to this. For example, you can add a heavy emphasis on co-operative gameplay. That way, players can collaboratively experiment and push the boundaries of the world. Also, consider throwing new tools and features for people to play with – if the world gets stale, we add new ways for players to work within it. By removing limitations, you enable your players to take ownership of the game and look forward to trying new things.

The real-world benefits of real-time gameplay

The real-time dynamics of hardcore social games create an environment that is constantly changing while players are away. While you’ve been sleeping or at work, new players join in, new clans form, and the balance of power has shifted. This happens on a daily basis. This real-time aspect — combined with the high level of social gameplay — often results in players choosing to make the games a large part of their real lives. This is a major part of what brings players back – seeing what they missed each time they come online and the knowledge that they’re missing out on the action while away.

Social real-time strategy (RTS) games all have their roots in classic PC titles, which mostly had three gameplay modes: campaign, player vs. A.I., and Multiplayer. In massively multiplayer online real-time strategy (MMORTS) games, it makes it that much more appealing to players when you can find a way to combine all three into a single gameplay experience. This results in games being not only in real-time but also persistent (meaning the world is never reset or paused, and a player is committed to playing out whatever decisions they make).

This presents some unique challenges in terms of narrative. New players coming in have to be able to easily jump in midway through an ongoing, unending game narrative. There is no center to the story arc or conclusion.

One way to get around this is by putting players in a large-scale, overarching set-piece. The story primarily serves as a background and setting within the context of a larger “global” conflict. That way, there’s no “do-this, then do that” linear story progression needed to move through the game. Some players get really invested in the story, but many hardcore players don’t care about it any further than how it fleshes out the setting – and that’s OK. They can dive further into the world if they want to through side missions and content, but opting not to do so won’t penalize them in terms of the actual gameplay. The background narrative is what holds each game theme together – outside of that, the players are free to pick and choose.

The next step is to add more mission branches with their own smaller plotlines that exist within the larger world. As the player progresses, the rewards get larger; they get more XP points and gain access to special game artifacts they can’t get elsewhere. This is really adding a narrative to an existing mechanic, but the more options we can offer the players, the better. 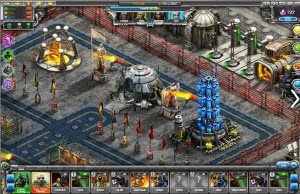 Above: You can play with a bunch of other friends in Total Domination.

Social gameplay has to draw players in

No big surprise here, but this is the single most important draw of hardcore social. One of the few things that players agree on is that, ultimately, the social gameplay aspect is what brings them back more than anything else. Once players join an in-game clan or team, the connection can be incredibly strong – often resulting in very real relationships. Players have found love, highly organized peer groups, meaningful long-distance friendships, and started multiyear rivalries – something only possible through the games high level of long-term daily engagement.

One of our favorite stories is about two players – let’s call them Michelle and Steve. Michelle and Steve were longtime players in two different clans. One of Steve’s clan members had broken a truce with Michelle’s clan, and Steve and Michelle were tasked with negotiating a diplomatic solution. Several months later, Steve sent Michelle a Christmas greeting, and eventually they ended up on the same clan. Over time, game conversation moved to Facebook chat, then Skype, and finally a real world meetup. Six months ago, they contacted us to let us know they are now happily engaged.

In game communities, players within large clans regularly organize their own gatherings at hotels or restaurants. Other times, players use the game to connect with family and friends worldwide. The examples go on and on, but it’s these heavily social players who view the game as “theirs” and who stay loyal to a game after two or more years of playing it. 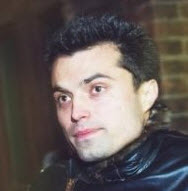 Above: Konstantin Sashchuk of Plarium.

Hardcore social game developers should aim to complement all of these elements with a broad toolbox of retention mechanisms. This formula provides players with the freedom to engage the game in their own way, gives them ownership of the game by making it about real people, and offers them a long-term world design and that keeps bringing them coming back to see what’s next.

Konstantin Sashchuk is general manager of Plarium’s Kharkov Studio. He wrote this article for GamesBeat.